The resolution also touched upon the recent change of guard in Maharashtra, while calling the MVA alliance as ‘opportunistic and unprincipled.’ 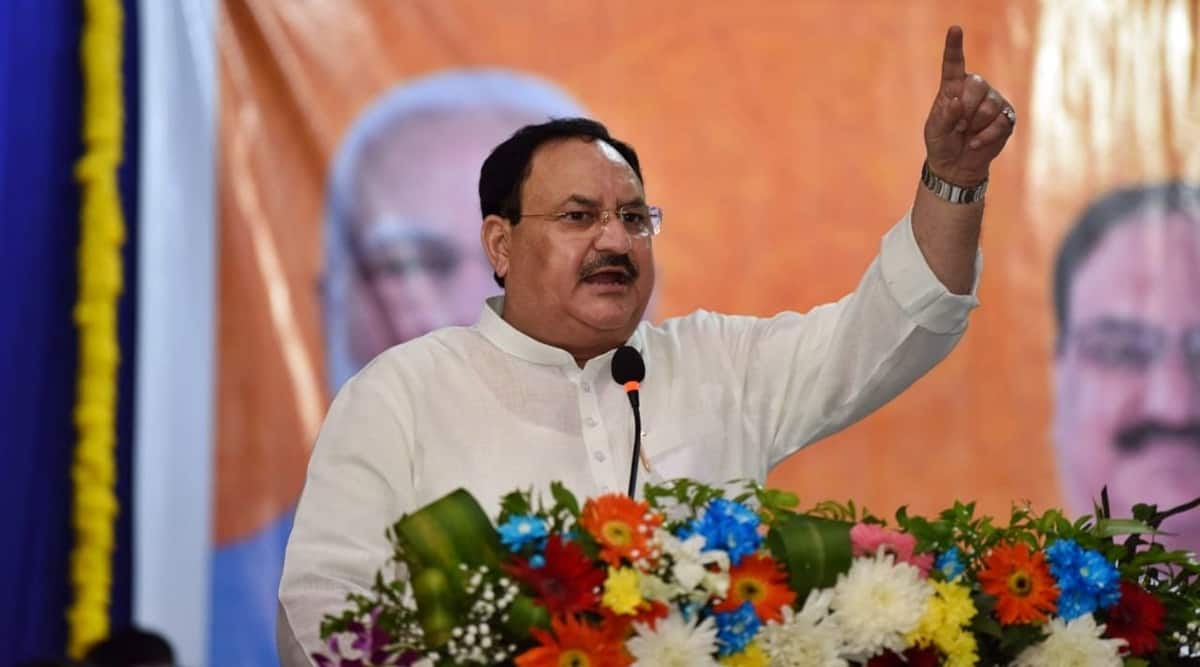 The party came down heavily on the Congress led opposition in its resolution. (File photo: PTI)

While hailing the recent Supreme Court judgement on Prime Minister Narendra Modi in connection with the Godhra riots case, the resolution passed by the Bharatiya Janata Party at its two-day National Executive meet at Hyderabad asked people to reject caste and dynastic politics and choose the development and good governance models of the Modi government instead. The two-day BJP national executive meet at Hyderabad was held on July 2 and 3 in the presence of top leaders like party’s national president JP Nadda, PM Modi and Union Home minister Amit Shah among many others.

In the resolution passed, the ruling party pointed out the “negative politics of the Congress led Opposition” and also sought to highlight the BJP’s growing popularity across the country, as witnessed in the recent Assembly elections held this year. From winning four out of five states earlier this year, the resolution pointed out that the BJP’s growth was powered from the grassroots levels. The resolution further highlighted examples of the party winning civic body polls across several states including the ones where they are in opposition, like Tamil Nadu.

In the resolution, the party came down heavily on the Opposition and revealed why they are slowly losing the trust of the voters. “The Congress and its allies are deeply immersed in the politics of dynasty, casteism, and regionalism and are victims of ideological, opportunistic, and corrupt political culture. They want to stop the pace of development of the country by opposing every constructive step of Prime Minister Narendra Modi, blocking the laws passed by Parliament while backing the politics of mob rule on the streets. This is the reason why the Congress led opposition is continuously losing the trust of the people,” read the resolution.

While hailing PM Modi’s ‘inclusive governance and social welfare schemes,’ the resolution pointed out several schemes like Ayushman Bharat, Ujjwala, PM Awas and Jal Jeevan Mission that were used to uplift people regardless of their caste, religion or region. In the resolution, the party also highlighted the Modi government’s handling of the COVID-19 situation, while majorly focusing on welfare schemes that functioned seamlessly at the time of pandemic.

The resolution also touched upon the recent change of guard in Maharashtra, while calling the MVA alliance as ‘opportunistic and unprincipled.’ “For the development of Maharashtra and the welfare of the people of the state, the Bharatiya Janata Party has supported Eknath Shinde as Chief Minister and Devendra Nath Fadnavis has taken oath as Deputy Chief Minister from the BJP. Due to the opportunistic and unprincipled alliance of ‘Maha Vikas Aghadi’ in the state, the development of Maharashtra was stopped and the people were facing massive corruption,” the resolution further read.

Regarding the recent SC judgement on Zakia Jafri’s plea against the SIT clearance to PM Modi in the Gujarat riots case, the resolution said, “As part of the vendetta politics of the Congress-led opposition, some so-called NGOs and ‘intellectuals’ and even a section of the foreign-run media, forming a complete ‘ecosystem’ were the part of the conspiracy. While enduring false allegations, baseless charges and malicious propaganda for years, he never let his faith in the Indian Constitution, judicial process and judicial system of the country be shaken, and finally he came out unscathed from all kinds of ordeals.”