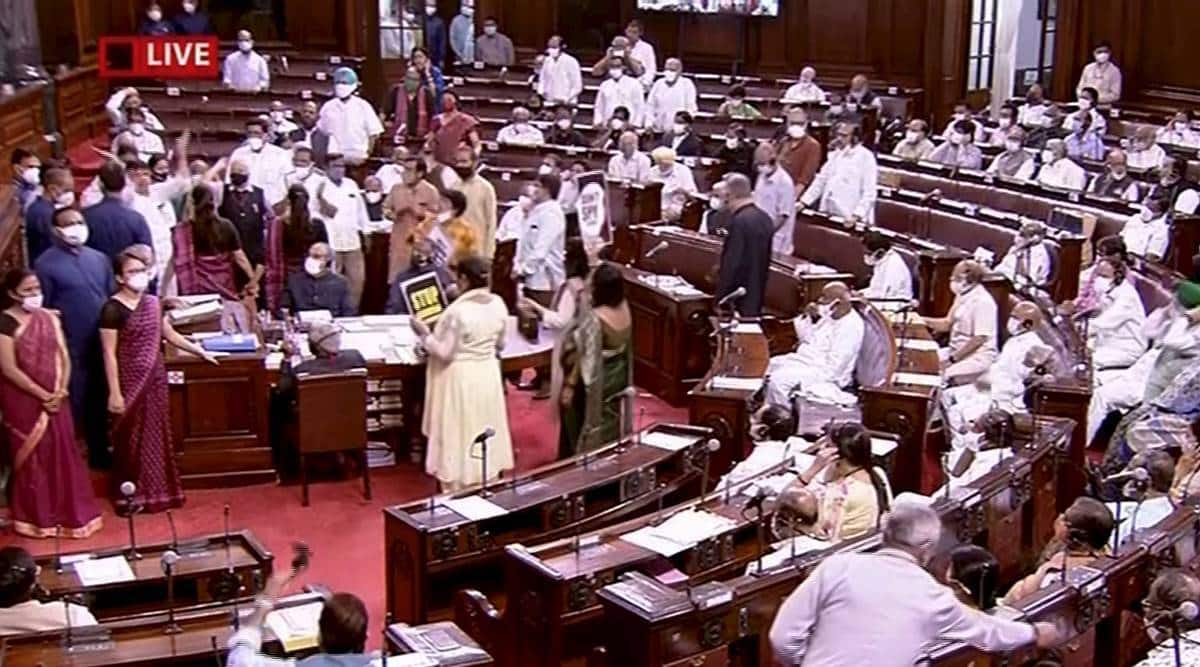 Elections for 57 Rajya Sabha seats across 15 states are slated to be held on June 10 and the results will be announced on the same day. With as many as 41 candidates having already been declared elected unopposed, the contest will now be for 16 seats in four states — Maharashtra, Rajasthan, Haryana and Karnataka.

Here’s all you need to know about the process of electing members of Rajya Sabha:

Also Read
Explained: What is Flag Code of India, the amendments and the controversy around it?
‘Tiranga bike rally’ for MPs on Wednesday, Pralhad Joshi urges all parties to attend
Before ‘Rashtrapatni’ row, Sangrur MP objected to Droupadi Murmu being called ‘Rashtrapati’ in Lok Sabha
Oppo, Vivo India and Xiaomi served notices for tax evasion, FM Sitharaman informs Rajya Sabha

What is Rajya Sabha

While 233 members are elected from states and Union Territories (UTs), President of India nominates the remaining 12 from from the fields of art, literature, science and social services.

The Vice-President is the chairperson of the Rajya Sabha, which is the final stop before a bill is sent for presidential assent.

As per the constitution, since the Rajya Sabha is the Council of States, the allocation of seats for Rajya Sabha is made on the basis of the population of each state.

How are Rajya Sabha members elected

The tenure of a Rajya Sabha member is six years.  One-third members retire every second year and are replaced by newly chosen members.

Each member serves for a term of six years. In case of death, disqualification or resignation, bypolls are held.

Since MLAs choose members of the Rajya Sabha, one can assume that political parties with a higher strength in the Lok Sabha will send more MPs to the Upper House. However, that is not always the case.

In the voting system, MLAs don’t vote for each seat. If that were the case, then only ruling party candidates would make it through. Instead, the MLAs have to list different candidates in order of their preference.

If a qualifying number of voters choose a candidate as their first choice, he or she is elected. The remaining votes go to the next candidates, but with a lesser value. So, MLAs also vote for candidates from other parties.

To win, a candidate should get a required number of votes which is known as quota or preference vote. The formula is = [Total number of votes/(Number of Rajya Sabha seats + 1)] + 1.

However, the formula is changed in case more than one seat needs to be filled. The total number of votes required for a candidate in the case is = [(Number of votes x 100) / (Vacancies + 1)] + 1.