Raj Thackeray Aurangabad Rally Live Updates: Raj Thackeray has been praising the Yogi government for pulling down loudspeakers from mosques and has even asked the MVA government in Maharashtra to learn from the UP government. 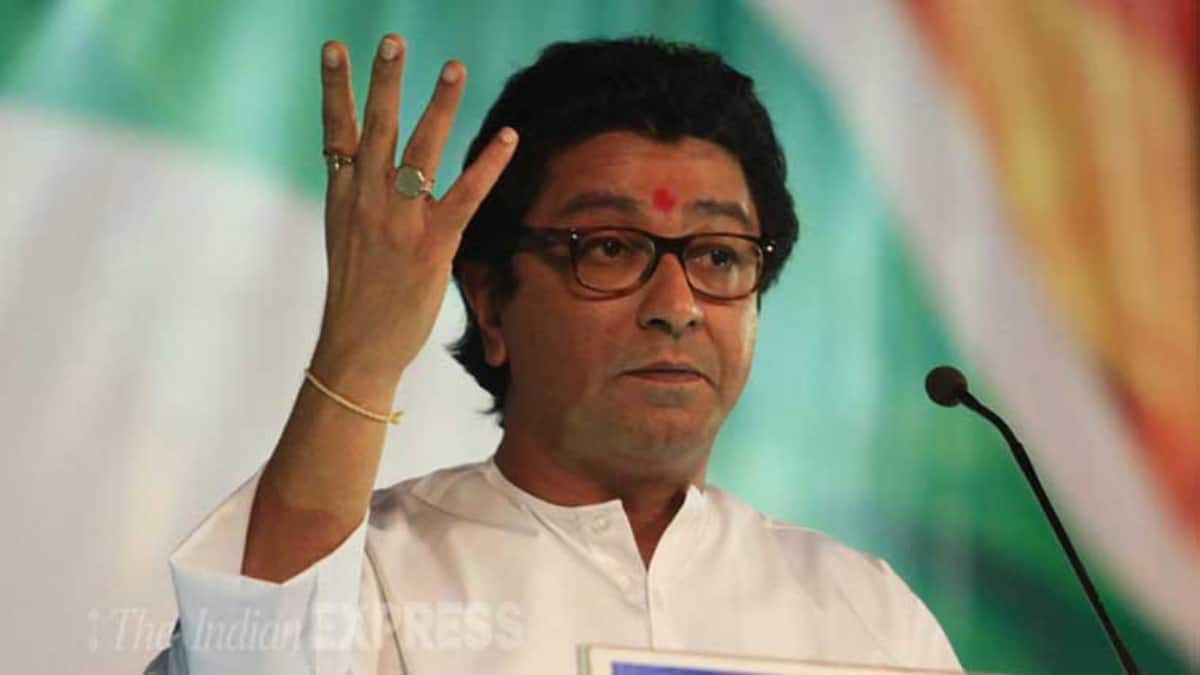 Thackeray has been praising the Yogi government for pulling down loudspeakers from mosques and has even asked the MVA government in Maharashtra to learn from the UP government. MNS leader Nitin Sardesai, a close confidante of Thackeray, did not rule out the possibility of a tie up between BJP and MNS.

If loudspeakers are not removed by May 3, then the sound of Hanuman Chalisa should reach my home on May 4: Raj Thackeray

Raj Thackeray says if the MVA govt fails to remove the loudspeakers by May 3, he will not responsible for whatever happens in Maharashtra.

Raj Thackeray lauds Yogi Adityanath, says when loudspeakers can be removed in Uttar Pradesh, then why not in Maharashtra.

Raj Thackeray reiterates his warning on use of loudspeakers at mosques, cites Supreme Court. Thackeray says he will recite Hanuman Chalisa on loudspeaker if they are not removed from mosques by May 3.

Sharad Pawar is an atheist as per his daughter. His party spewing hate in society, has never respected Shivaji: Raj Thackeray

20:16 (IST) 1 May 2022
Raj Thackeray announces rallies in all Maharashtra districts

Sambhajinagar is the center of Maharashtra. From now on, all my meetings will be held in every district of Marathwada: Raj Thackeray

I will hold rally in every district of Maharashtra, says Raj Thackeray

MNS chief Raj Thackeray addresses rally in Aurangabad amid the ongoing political row over use of loudspeakers at mosques.

Police intercepted 15 Bhim Army activists on their way to Raj Thackeray's rally at Navi Khadki. All the activists, including state president Sitaram Gangawane, have been detained by the police.

Over 3000 policemen have been deployed and additional police officers and staff have been called in from various districts on Saturday.

“8 Deputy Commissioners of Police, 8 ACPs, team of 350 police personnel and 6 units of SRPF have been called from neighboring districts for the rally in Aurangabad. Apart from that, 2,000 police officers and staff will also be deployed in the city for the security. Apart from that 750 CCTVs have been installed all over the city for monitoring,”said Nikhil Gupta, Aurangabad police commissioner.

The MNS will have to walk a tightrope considering the heavy police deployment and the 13 conditions put forward by the Aurangabad police for the rally, including that care should be taken not to hurt the feelings of other religions.

The MNS chief had last month targeted the Shiv Sena-NCP-Congress government in MVA Maharashtra by demanding that loudspeakers on mosques be removed, and threatened to play the Hanuman Chalisa in front of mosques at louder volume if the demand was not met.

The police have put 15 conditions to hold the rally. The MNS chief has been asked to desist from using offensive slogans, religious, casteist and regional references during or after the meeting. Only 15,000 people are allowed to attend the rally and the timings would be 4:30 pm to 9:45 pm.