According to the local police, at least 100 SFI cadre stormed into Gandhi’s office. “There were around 80-100 activists. As of now, eight of them are under custody. More police have been deployed,” the police was quoted as telling PTI. 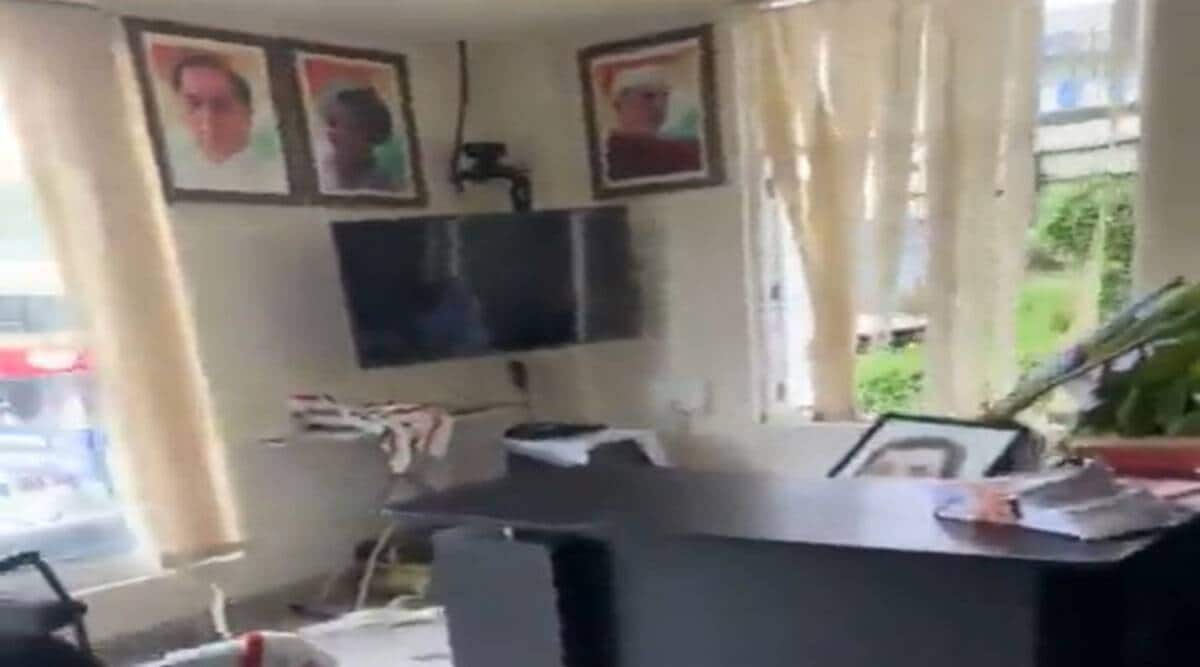 Congress Lok Sabha MP Rahul Gandhi’s office in Kerala’s Wayanad district was vandalised on Friday, an act that the party claimed was orchestrated by the Students’ Federation of India (SFI), the ruling CPI(M) party’s student wing. The Indian Youth Congress alleged in a tweet that “the goons held the flags of SFI” while scaling the walls of Gandhi’s office and destroyed it.

According to the local police, at least 100 SFI cadre stormed into Gandhi’s office. “There were around 80-100 activists. As of now, eight of them are under custody. More police have been deployed,” the police was quoted as telling PTI.

The student wing of the CPI(M) was protesting against Gandhi’s alleged failure to step in the row involving creation of buffer zones surrounding the forest areas in the hilly region of the district. Videos of SFI workers barging into the office, and beating up workers inside surfaced.

Calling out the lack of law and order in the state, Leader of Opposition V D Satheesan pointed out the “lawlessness” and “goondaism” of the ruling party in the state.

“Ghastly attack by SFI goons at Rahul Gandhi’s MP Office at Wayanad. It is lawlessness and goondaism. CPM has turned into an organised mafia. Strongly Condemning the attack,” the Congress leader tweeted.

The attacks drew sharp criticism from Congress Lok Sabha MP Shashi Tharoor who asked if Kerala Chief Minister Pinarayi Vijayan will take action against the SFI activists. “Visuals of the trashing of ⁦Rahul Gandhi⁩’s Wayanad office by activists of ⁦@CPIMKerala⁩ student wing, SFI. Would Pinarayi Vijayan⁩ & Sitaram Yechury⁩ take disciplinary action or let their silence condone such behaviour? Is this their idea of politics?,” tweeted Tharoor.

Kerala CM Vijayan has assured that strict action will be taken against the perpetrators. Wayanad is Rahul Gandhi’s Lok Sabha constituency.