Rahul Gandhi had delivered a rousing speech in the Lok Sabha yesterday while accusing the ruling party of destroying the voice of the union of states. 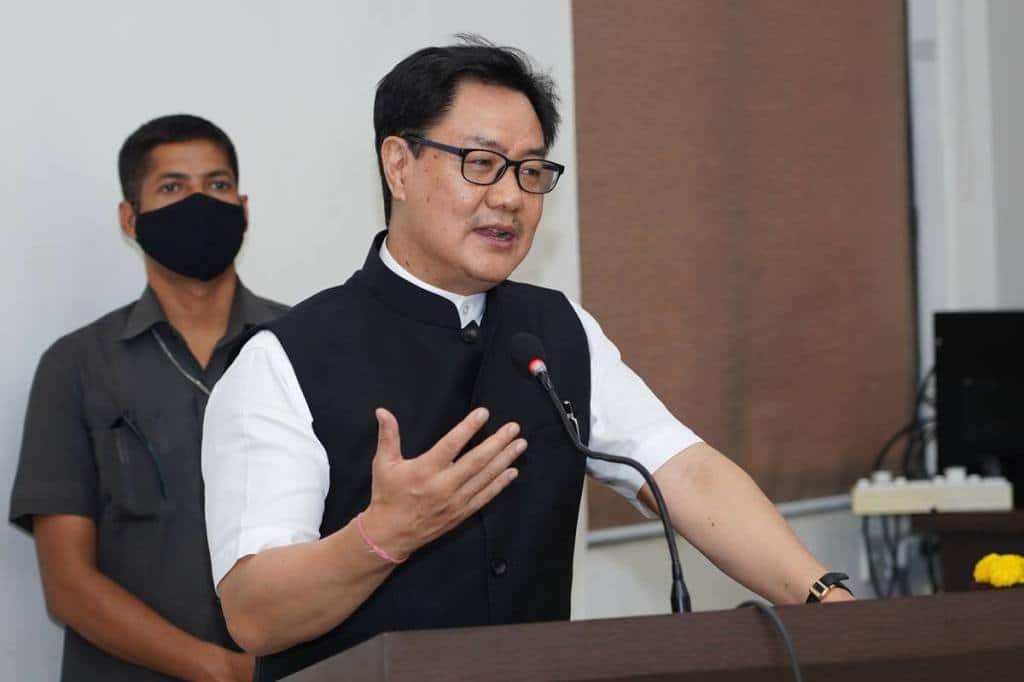 “Rahul Gandhi makes remarks that harm the country and benefit rivals…A responsible leader should never talk like that. We don’t want Rahul Gandhi’s India where people travel abroad secretly. We want India with a vision to serve people,” said Rijiju.

He further added, “This is a Republic, not a kingdom where you become a leader the moment you’re born. People elect their representatives here….Rahul Gandhi is trapped in the orthodox belief that he’s born to rule the country. However, it’s the time of ‘sevaks’…Earlier he used to behave like India’s ‘Yuvraj’ and now he thinks he is the ‘King’ of India.”

Yesterday, while speaking during a motion of thanks to the President’s address, Rahul Gandhi delivered a rousing speech in the Lok Sabha while accusing the ruling party of destroying the voice of the union of states.

Reacting to his speech where he made remarks against the judiciary, Rijiju had said, “Not only as India’s Law Minister but also as an ordinary citizen, I condemn what Mr. Rahul Gandhi has said about India’s judiciary and EC. These are vital institutions of our democracy. Mr. Rahul Gandhi should immediately apologise to the people, judiciary and EC. As Law Minister, I feel that whatever he has said will go down as a black spot in the Parliamentary proceedings because nobody has spoken such a reprehensible remark about the Indian Judiciary and Election Commission of India on the floor of the house.”