The prime minister was scheduled to lay the foundation stones of development projects worth over Rs 42,750 crore. 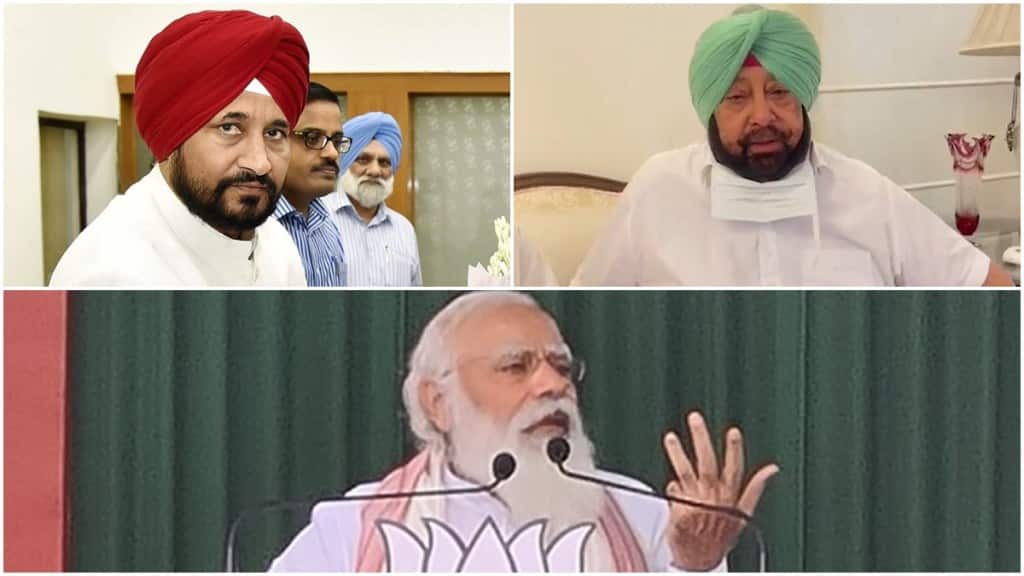 Punjab elections 2022: A major political controversy has broken out in Punjab after Prime Minister Narendra Modi’s scheduled rally in Ferozpur was cancelled over major security concerns. In a statement, the Home Ministry said after the “major security lapse” in the prime minister’s travel in Punjab, his convoy decided to return. The ministry also asked the Punjab government to fix responsibility for the lapse and take strict action, the statement said. Meanwhile, Punjab BJP chief Ashwani Sharma blamed the Charanjit Singh Channi-led Congress government for the security lapse. He claimed that the Congress got scared of the event and tried all possible tricks to scuttle Modi’s visit.

The prime minister was scheduled to lay the foundation stones of development projects worth over Rs 42,750 crore, including the Delhi-Amritsar-Katra expressway and a PGIMER satellite centre. BJP president J P Nadda accused the Congress government in Punjab on Wednesday of trying “all possible tricks to scuttle” Prime Minister Narendra Modi’s programmes, including a rally, in the state. The Punjab government, however, refuted the Centre’s claims of any security lapse and said the BJP cancelled the rally seeing the low turnout at the venue.

Punjab govt should take responsibility for the security breach during PM's visit to Punjab. This incident proves that there is no law & order in the state. Congress should apologise to country: Union Agriculture Minister Narendra Singh Tomar

Punjab Election 2022 Live: The farmers have been agitating peacefully for the last one year. I'm not going to lathi-charge at farmers. We spoke to farmers the whole last night after which they ended their agitation. Today, suddenly some agitators gathered in Ferozepur district: Punjab CM Charanjit Singh Channi

The Ministry of Home Affairs has sought a detailed report on today’s security breach in Punjab. Such dereliction of security procedure in the Prime Minister’s visit is totally unacceptable and accountability will be fixed, said Amit Shah.

“What has happened today is just not acceptable. It's against Panjabiyat. A secure passage for the Prime Minister of India to address BJP's political rally in Ferozpur should have been ensured. That’s how democracy works,” said Jakhar.

“Complete failure of law and order in Punjab, CM and HM Punjab, in particular. When you cannot provide smooth passage to the Prime Minister of the country and that too just 10km from the Pakistan border, you have no right to stay in office and should quit!” said Amarinder Singh.

Punjab Election 2022 Live: “JP Nadda Ji, the real reason for Modi ji’s absence from the Ferozepur rally is total boycott by the people of Punjab.Punjab govt in consultation with SPG and other Central agencies provided all security support. The fig leaf of security lapse can’t conceal the reality,” said Pargat Singh.

What happened with the security of our Hon PM Narendra Modi ji in Punjab is extremely deplorable! Even worst is,Punjab CM refusing to speak or answer the call. We demand strongest action against the officials & those who are responsible for this grave mistake & an in-depth probe: Devendra Fadnavis

BJP leader Sharma alleged that the Punjab Police was instructed to prevent people from attending the rally. He said a large number of buses and other vehicles carrying BJP workers and other people were stranded. He claimed that the police connived with protesters blocking the movement of those headed for the rally. “The government which cannot ensure law and order has no right to rule and does not deserve to be given a second chance,” the state BJP chief said. “The PM was coming here to give something to Punjab. But the state government failed to provide security. This government must go,” Sharma said.