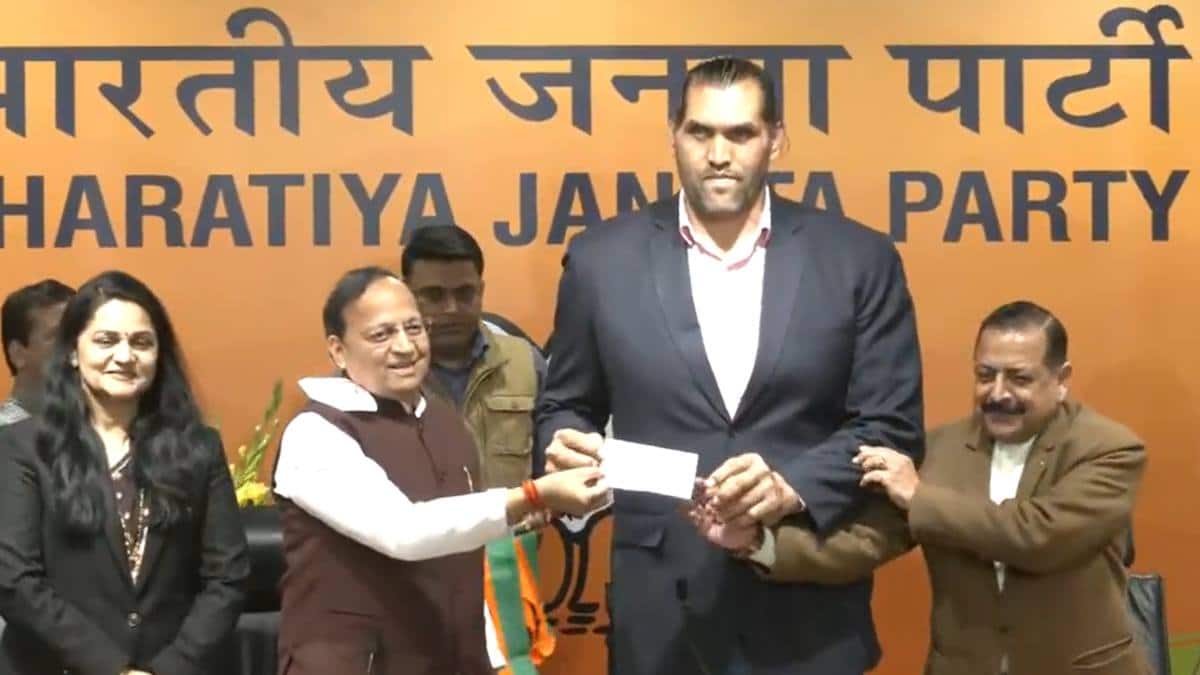 Along with Khali, his aides Balwan Singh and Satvendra Singh also joined the party.

Speaking to media after joining the BJP, Khali said, “Had it been for money and fame, I would have chosen to stay in America. But seeing the work of our Prime Minister, I decided to stay in India and work for our country. Our country has got the right prime minister and I have joined the BJP to contribute to India’s progress.”

Along with Khali, his aides Balwan Singh and Satvendra Singh also joined the party. Welcoming them in the party fold, Union Minister Jitendra Singh said, “I have known The Great Khali for a year now. He is an honest and dedicated individual and believes in nationalism….His body is strong, his thought is strong and we are confident that he will contribute to making the BJP strong as well. This also shows that under the leadership of PM Narendra Modi, people from across the sectors are inspiring and joining the BJP, be it from film sector, sports sector, or any caste or religion.”

Jitendra Singh said that youth will get inspired by the Khali’s joining and will come in support of the BJP.

Khali had been associated with the saffron party in the past as well. ‘The Great Khali’ had campaigned for BJP’s Jadavpur candidate Anupam Hazra during the 2019 Lok Sabha polls.