Meanwhile, the Samyukt Kisan Morcha has ruled out contesting the polls. 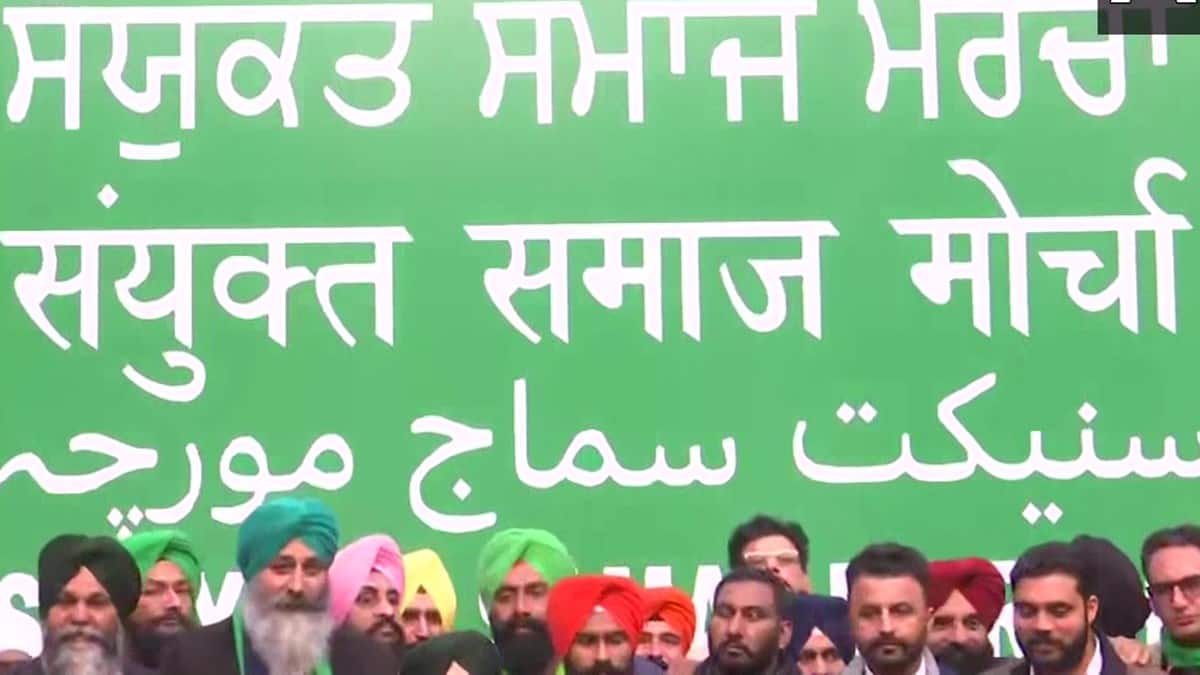 Farmer leader Balbir Singh Rajewal said that the decision has been taken to change the existing system in the state.

In Punjab, there will be a new challenger to ruling Congress in the next year’s assembly election – Samyukta Samaj Morcha. As many as 22 farmer unions, who were a part of the protest against the three farm laws, formed a political party today and announced that they would contest the upcoming state assembly polls.

These 22 farm bodies were among 32 farmer organisations in Punjab which participated in the year-long protest against the three farm laws. Talking to reporters in Chandigarh, farmer leader Harmeet Singh Kadian said the Sanyukt Samaj Morcha has been set up for fighting the assembly polls in the state.

Farmer leader Balbir Singh Rajewal said that the decision has been taken to change the existing system in the state. “A new ‘Samyukta Samaj Morcha’ is formed for contesting Punjab Assembly elections. 22 unions have taken this decision. We need to change the system and want to appeal to people to support this morcha,” said Rajewal. The SSM will contest all the 117 seats.

Last week, farmer leader Gurnam Singh Chaduni had also launched a new party. “Politics has become polluted. There’s a need to change it. Policymakers promoting capitalism, policies are being framed to favour capitalists. Nothing is done for the common man, the poor. So, we’re launching our new party, Sanyukt Sangharsh Party,” Chaduni had said.

Meanwhile, the Samyukt Kisan Morcha has ruled out contesting the polls. It said that no person or organisation should use its name, or that of its member groups, for election purposes. The SKM, which spearheaded the protest movement, said that there was a lack of consensus among the 32 member groups and those inclined to contest polls wanted to ally with the Aam Aadmi Party as Delhi CM Arvind Kejriwal has been supporting the farmers.

A nine-member coordination group of the SKM said that the umbrella body is a platform of over 400 different ideological organisations and was formed to resolve issues related to farmers. It said that there was no call for the boycott of elections and even no understanding of contesting elections.