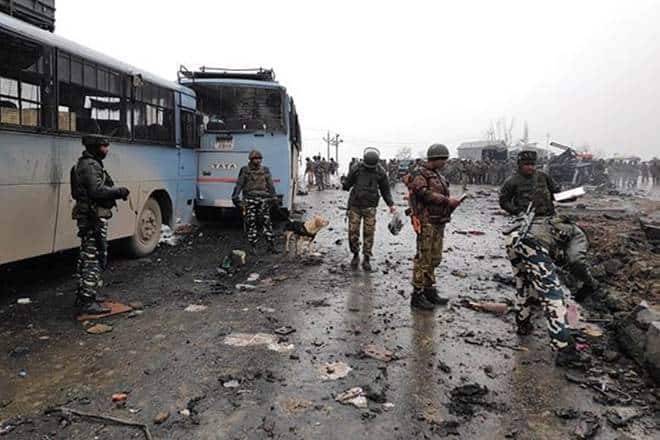 At least two institutes in Dehradun have stated that they will not admit any student from Kashmir in the new academic session. According to The Indian Express, Baba Farid Institute of Technology (BFIT) and Alpine College of Management and Technology located in the Uttarakhand capital have given an undertaking to the students’ Union of DAV PG College, saying that no new Kashmiri student will be admitted in the upcoming session.

The students’ Union of the Dehradun-based DAV PG College, along with members of the ABVP, VHP, and Bajrang Dal, had led protests outside colleges on Friday. The development comes amidst sporadic incidents of violence against Kashmiri students in many states days after the worst attack on security forces in Jammu and Kashmir’s Pulwama. According to media reports, several students from Kashmir living outside the state have claimed that they were harassed and attacked. In Dehradun, Kashmiri students locked themselves on Friday inside their hostel rooms fearing attacks by angry mobs.

According to The Indian Express, Dr Aslam Siddiqui, principal of BFIT, assured that if any Kashmiri student is found engaged in any anti-national activity, then the student will be expelled from the institute.

“Around 400-500 people from ABVP, VHP, and Bajrang Dal protested in front of the institute between 1 pm and 5pm. They asked us to assure them that all the Kashmiri students would be expelled from BFIT. I tried explaining that expelling students mid-term would affect their careers. Finally, keeping in mind the safety of the Kashmiri students, I had to give in writing that we won’t accept any Kashmiri student from the next session,” Siddiqui told Indian Express.

On Friday, after right-wing groups protested in front of Alpine College demanding that all its 300-odd Kashmiri students be expelled, Director of the institute, S K Chauhan, issued a separate declaration that no new Kashmiri student would be admitted in the new session.

Speaking to The Indian Express, Chauhan said, “I have given in writing that we won’t accept any Kashmiri student from the next session. I can’t deny that I wrote that. However, till now, only two institutes have said that they won’t give admission to any Kashmiri student in the next session. Only if all institutes in the state follow this will our institute follow it too.” He added that all decisions were taken in consultation with higher authorities, including institute chairman Anil Saini.”

DAV Students’ Union president Jitendra Singh Bisht, who is from the ABVP, told Indian Express, “We haven’t been able to approach all institutes, but we will do so and get an undertaking that they won’t take in any new Kashmiri student.”

The development came after reports of some students from the state allegedly shouted anti-India slogans when a candle march procession was being carried out by locals, triggering tension. The police had also arrested one Kashmiri student, who allegedly sent a message to his friends on WhatsApp expressing happiness over the terrorist attack.

Meanwhile, some Kashmiri youths studying in Uttarakhand’s Dehradun alleged that they were harassed and asked by their landlords to vacate accommodations fearing attacks on their properties in the aftermath of the attack. The fear and open threats also prompted several to temporarily leave the city.

However, Kumar added Kashmiri students should worry as police is there to ensure their complete safety and will uphold law. On allegations of a section of Kashmiri girl students that they remained locked up for hours in a room as they were afraid about their safety, Kumar said that the matter had been blown out of proportion.

“They had shouted anti-India slogans when a candle march procession was being carried out by locals of the area, which triggered tension,” Kumar said adding that police intervened immediately and the matter was resolved, however, they blew up the matter while talking to a section of the press.

Meanwhile, the Home Ministry on Saturday issued an advisory to all states and Union territories to take measures to ensure the safety and security of Kashmiris.