As the New Delhi World Book Fair comes to a close today, the nine-day long event was an “excellent” experience with leading publishing houses making significant profit on sales compared to previous years. 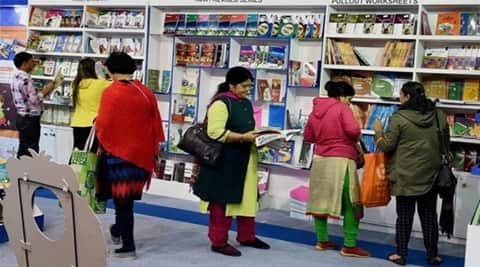 As the New Delhi World Book Fair comes to a close today, the nine-day long event was an “excellent” experience with leading publishing houses making significant profit on sales compared to previous years. Vimal Kumar, General Manager at Speaking Tiger said they had “unexpected sales”, despite facing several technical glitches in the aftermath of demonetisation.

“Due to demonetisation we faced several problems since many a times card machines didn’t work due to lack of signals. But, it has been an excellent experience, rather unexpected sales for Speaking Tiger. Our sales have almost doubled this year,” he said.

Some of the top sellers at the stall included ‘Himalaya: Adventures, Meditations, Life’ edited by Ruskin Bond and Namita Gokhale, and ‘Murderer in Mahim’ by Jerry Pinto among others.

For Penguin India, which saw a hike of nearly 20 per cent in business from last year’s fair, the event being moved ahead by a month from the usual February, has worked favourably.

“The book fair used to be held in February until a couple of years ago and this move into January has actually helped the sales due to extended winter break in schools, festivals, etc. There is a carnival like atmosphere at the Pragati Maidan,” Nandan Jha, Vice president, Product and Sales at Penguin Random House India, told PTI.

“There has been a good turnout in comparison to last year. The sales have increased around 15 per cent this year for us. Popular international titles have been a major draw.

Pan MacmMillan’s stall at the fair was thronged by visitors looking for the latest Booker Prize winning “The Sellout” by Paul Beatty, besides ‘Truth About Trump’ by Michael D’antonio and books by Jefferey Archer.

“The crowd is much more this time and we have seen around 20 pet cent increase in our sales. We did not face any problem due to demonetisation and everything was managed quite well,” Ratna Joshi, Head of Marketing at Pan Macmillan, said.

Their children range ‘Priddy’ for toddlers (0-5 years) and books from the Disney series, particularly ‘Frozen’ were picked up in huge numbers.

Demonetisation seems to have worked in favour of Bloomsbury, that sold books like ‘Harry Potter series’, ‘Driven: The Virat Kohli Story’ by Vijay Lokapally and ‘Silk Route’ by Peter Frankopan, witnessing a “35 per cent” increase in sales from last year.

“We all had a conception that sales won’t be as high as last year but it’s been the other way round. From out earlier experiences at book fairs, we have had customers walking away because of limited cash or unavailability of change, but this year both publishers and customers were already prepared for digital payments and sales were not affected,” Yogesh Sharma, Vice President, Sales and Marketing at Bloomsbury, said.

Organised by National Book Trust in association with India Trade Promotion Organisation, the fair that began on January 7, come to a close today.