With Assembly elections in Uttar Pradesh just few months away, Mayawati has been busy ramping up her party’s campaign, eyeing return to power after 10 years. 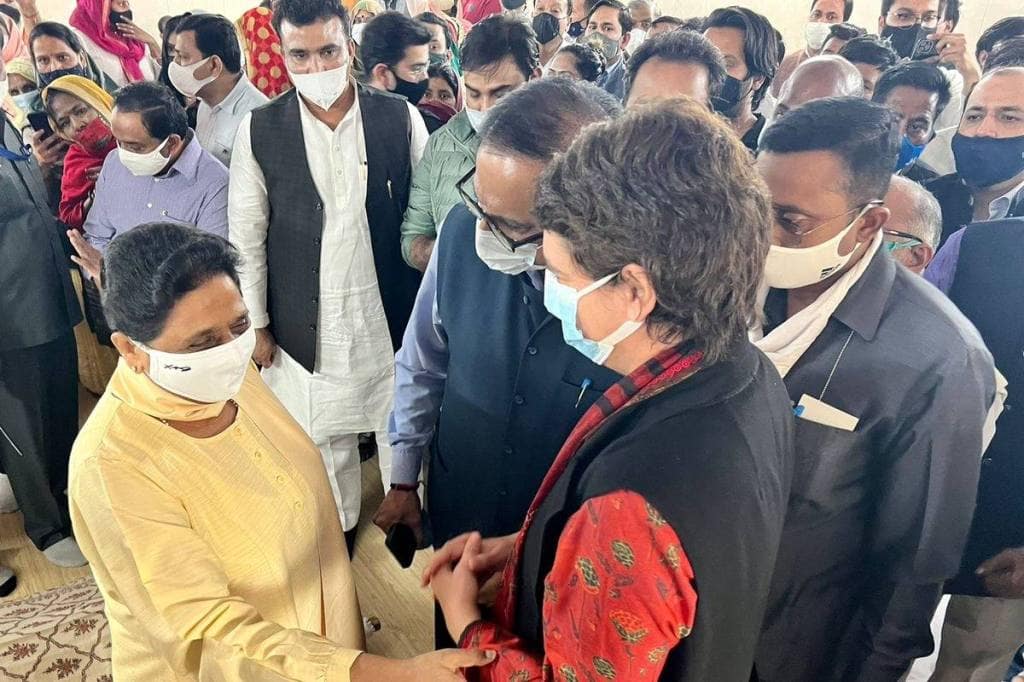 Priyanka Gandhi Vadra on Sunday met BSP supremo Mayawati and offered condolences on the death of latter's mother, who breathed her last on Saturday.

Ramrati, 92, died from heart failure at a hospital in Delhi yesterday. About a year ago, Mayawati’s father Prabhudayal had died at the age of 95.

Mayawati had left for Delhi soon after getting information about the death of her mother. The last rites will be performed in Delhi on Sunday, the BSP said in a statement.

With Assembly elections in Uttar Pradesh just few months away, Mayawati has been busy ramping up her party’s campaign, eyeing return to power after 10 years.

She has also been critical of the Congress, along with BJP and Samajwadi Party, accusing of making false promises to the people of the state.

Not just BSP, even the Samajwadi Party and the Congress have announced to go it alone in the upcoming assembly polls. Instead, the major players are eyeing alliances with smaller caste-specific parties in the state.

Political experts, however, are of the view that a splintered opposition will only help the BJP with the division of anti-BJP votes. The three rounds of pre-poll survey by ABP-CVoter has also predicted a clear majority for the BJP-led NDA in Uttar Pradesh. However, the saffron party might suffer a huge loss of seats, which will come as a gain for the Samajwadi Party.

In the 2017 Assembly elections, the BJP won a landslide victory winning 312 Assembly seats. The party secured a 39.67 per cent vote share in the elections for 403-member Assembly.