Presidential election 2017: When Ram Nath Kovind denied favours to his own family; asked them to work hard 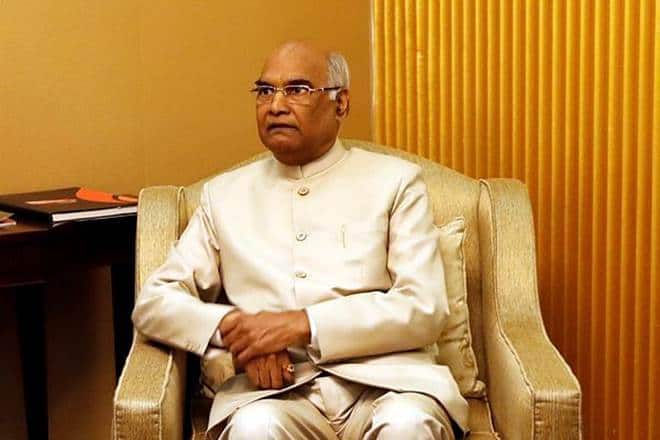 Ram Nath Kovind was a bright student who had moved to Kanpur city soon after completing his Higher Secondary education to pursue Commerce and Law from Kanpur University, said his elder brother. (Image: PTI)

Soon after Bihar Governor Ram Nath Kovind’s name flashed as the Bharatiya Janata Party’s candidate for the upcoming Presidential elections, celebration started in his ancestral village Jhinjhak Nagar Palika in Kanpur Dehat district in Uttar Pradesh. In a report published by Indian Express, 76-year old Pyarelal yesterday was awaiting for a final confirmation from his younger brother Kovind that he has been really nominated by the NDA as the presidential candidate. Pyarelal’s son Deepak even rang the Raj Bhavan in Patna twice after hearing the news. Speaking to IE, Pyarelal said, “But we are yet to get a call back. Ram Nath would be busy in Delhi. It is a big day for him and for all of us. There is a mood of celebration in our ancestral village, Paraukh.” Kovind’s elder brother runs a garment shop in Jhinjhak and lives with his family.

Recalling Kovind’s educational days, Pyarelal said that he was indeed a bright student who had moved to Kanpur city soon after completing his Higher Secondary education to pursue Commerce and Law from Kanpur University. “He was preparing for Civil Services examination in Delhi when he came in contact with Jana Sangh leader from Ujjain Hukum Chand.”

As per his elder brother, Kovind’s family never thought that one of them would reach this stature. However, contradicting to BJP chief Amit Shah’s statement that Kovind hails from a poor Dalit family, Pyarelal told Indian Express that their father was the Chaudhary of Paraukh village and a vaidh (doctor of ayurveda). He also ran grocery and garment shops in village.

“We led a normal life in a middle-class family. There was no crisis. All five brothers and two sisters got education. One brother retired as an accounts officer in Madhya Pradesh while another was a government school teacher. Ram Nath become a lawyer while some others did business,” Pyarelal said.

Kovind’s last visit to his ancestral village was in December 2016. According to his family, when Kovind was a Rajya Sabha member for two terms in UP, he also worked towards improving the road infrastructure in Jhinjhak. “He also converted our parental home in Paraukh into a Milan Kendra and dedicated that to villagers to provide accommodation to baratis during marriage functions,” said Anil Kumar, Kovind’s cousin who takes care of the Milan Kendra.

Recalling his Uncle’s sheer hard work and self confidence, Kovind’s nephew Deepkar who currently works at a government school told Indian Express, “Ram Nath uncle had four brothers and three sisters. They have 27 children in total. Some of them asked for favours from Ram Nath chacha for a better job several times. But he denied it, saying, ‘Maine jaise swayam safalta paayi, vaise tum log bhi mehnat karo (The way I have achieved success on my own, all of you should work hard too)’.”