Pranab Mukherjee at RSS event: What is the Sangh Shiksha Varg? Who have been the chief guests earlier?

The Sangh Shiksha Varg of the Rashtriya Swayamsevak Sangh (RSS) where former President Pranab Mukherjee has been invited as a chief guest, is an annual event of the right-wing outfit held at the headquarters in Nagpur. 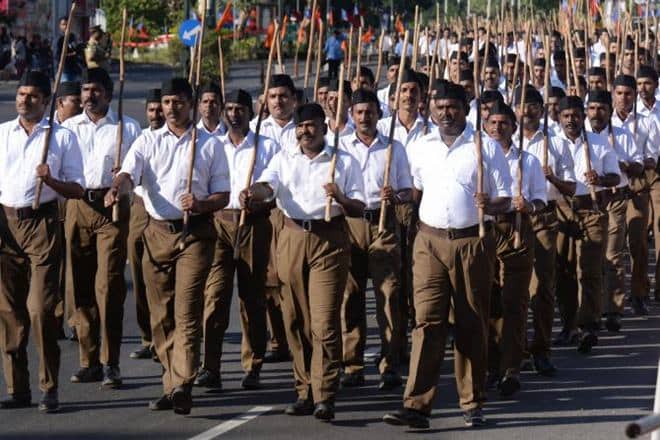 Pranab Mukherjee at RSS event: What is the Sangh Shiksha Varg? Who have been the chief guests earlier?

Former President and Congress leader Pranab Mukherjee’s expected presence at chief guest at an event of the RSS in Nagpur has left political circles abuzz. While the Congress has been largely guarded in its response, there are voices from the Opposition who have advised the former Congressman against attending an event of the right-wing group which it sees as an ideological adversary. The BJP, on the other hand, has countered the criticism with senior minister Nitin Gadkari terming the RSS as a “nationalist organisation”, and that political untouchability was a thing of the past. Mukherjee’s decision to attend the event has also sparked a row because of his long association with the Congress and his criticism of the RSS.

The Sangh Shiksha Varg of the Rashtriya Swayamsevak Sangh (RSS) where former President Mukherjee has been invited as a chief guest, is an annual event of the right-wing outfit held at the headquarters in Nagpur. Started way back in 1927, the year RSS turned three, by its founder KB Hedgewar, it was initially called Officers’ Training Camp (OTC) but MS Golwalkar, the second RSS chief, renamed it as Sangh Shiksha Varg. Golwalkar had served as the Sarsanghchalak between 1940 and 1973.

Amid the row over the former President’s presence at the event on June 7, RSS has argued that it has always invited well-known personalities from different walks of life for its event. According to the RSS, the chief guest addresses the cadres on the last day of the 25-day long third-year course followed by the concluding speech of the Sarsanghchalak.

The RSS often cites the voluntary visit of Mahatma Gandhi to the Wardha camp on December 25, 1934 to counter critics. In 2007, when former Air Chief Marshal AY Tipnis had attended the event as the chief guest, it had raised eyebrows when he delivered a speech mostly centric towards secularism, tolerance and faith in Constitution. This prompted a point-by-point rebuttal from then chief Sudarshan.

The RSS holds training camps for all the three years of the Sangh Shiksha Varg. The first year camps consist activities spanning for a period of 20 days. These camps are organised for the beginners. The camps are held in each 42 state units (prants). The second year camps also last for 20 days and are organised at kshetra level. The RSS has 11 kshetras comprising numbers of prants.

Until a few years ago, anyone who attended the first two years camps, were allowed to take part in the third year course. But with BJP’s gain in last few years, the number of swayamsevakas increased drastically, forcing the RSS to set new guidelines for the participants in the third year camp that are held in the summer at Sangh headquarters in Nagpur. When started, it was a 40-day event but after successive reduction, today it is held for 25 days. According to The Indian Express, in 2017, 5,716 swayamsevaks had participated in the first year camps against second year’s participation of 3,796 swayamsevakas. The third year camp saw a total participation of 899 swayamsevaks.

Participants travel at their own cost and pay fees. The trainers of camps at all three levels must themselves have been trained up to the third year. People between 18 and 45 age group are allowed to participate in these camps. For those above 45 years, special camps are organised.

During the third year camps, that are organised in May-June, participants had to go through rigorous training routine. They have to rise at 4 am and to go to bed by 10:30 pm. They are allowed to take a break for just an hour post-lunch. They are given physical training for two hours in the morning and evening. The physical training includejudo, karate, dandayuddha (stick fight). The daily activities also include two meetings among different groups based on age, education, field of work etc, and a joint session for participants, called bauddhik.