Haveli-owners from Old Delhi Saturday raised “issues” that crop up after a heritage tag is given to such properties, even as architectural experts said such tags are an “asset and not a liability”. 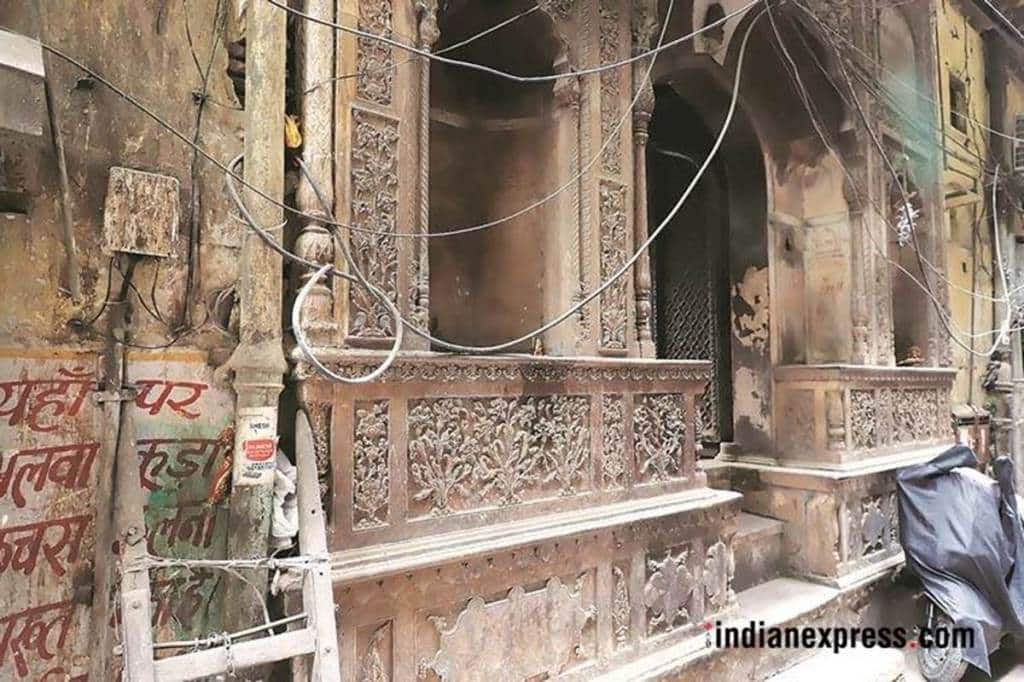 Haveli-owners from Old Delhi Saturday raised “issues” that crop up after a heritage tag is given to such properties, even as architectural experts said such tags are an “asset and not a liability”. The owners debated the issue threadbare during a workshop on ‘Conservation of Heritage Buildings in Shahjahanabad’ organised by the North Delhi Municipal Corporation (NDMC) and hosted by the Indian National Trust for Art and Cultural Heritage (INTACH).

The event sought to make owners and occupiers of havelis and other heritage houses in the Walled City area a stakeholder in the conservation process. The interaction held at the historic Town Hall, at times, became heated, as some of the haveli-owners, alleged that they (owners) have “not been made a partner” in the policy-making for preservation and just handed over a heritage tag by the civic authorities.

The multi-stakeholder conversation, prompted the municipal body to consider rebooting the heritage cell of the MCD. A senior NDMC official said the civic body will examine the issue of “reviving the heritage cell to facilitate the process of conservation and application for a heritage tag for buildings”.

The heritage cell, a kind of an advisory body, set up during the time of the erstwhile unified Municipal Corporation of Delhi (MCD), has been “lying defunct” since the trifurcation of the MCD in 2012, sources said.  It comprised senior officials of the civic body and some experts.

Sixty-three-year-old architect Ashok Goel, who owns an old property in Katra Heera Lal, said the event was a “good beginning” as it gave a platform to the haveli-owners and residents of such heritage properties to at least voice their problems.

“Some people got angry because the MCD has never conducted such programmes in the last so many decades, or even approached owners to make them a partner in the whole conservation process,” he alleged, adding, “the frustration, pent up over these years is bound to come out”.

Another haveli-owner, who attended the event, said, “We need to understand the listing process, and be consulted in the conservation process. But, we are just handed over a heritage tag for our houses and then just have to live with the concomitant restrictions.” Convener of INTACH’s Delhi chapter Swapna Liddle said, “The NDMC has done a good beginning with this workshop by bringing together different stakeholders on one platform, but the momentum has to be maintained, and more such events need to be organised regularly in future.”

“We just wanted to impress upon them that having a heritage tag for a building or a haveli is an asset and not a liability,” she said. Conservationists push for heritage conservation got support from some of the haveli owners, who pitched for other owners to treat their havelis as a “prized possession” and take pride in its architectural and cultural values.

Devki Nandan Bagla, the co-owner of the Seth Ram Lal Khemka ki Haveli, built around 1840s in Kashmere Gate’s Chhota Bazaar, shared his experience of having a heritage home and living in it. “I am proud of my haveli, its our family jewel, an we got it restored from 2010-2016. About 70 craftsmen drawn from different cities worked on it to turn it into an iconic space. We did not do it for a museum or a hotel but our of will for preserving our family legacy,” he said.

“Initially, our neighbours were angry with us, thinking authorities would bring restrictions in the area after our project. The same people now, praising it, admiring it,” Bagla (62) said. Navin Piplani, Principal Director, INTACH Heritage Academy, shared how preservation of built heritage can be incentivised through tax benefits or other revenue-generating model.

Priyaleen Singh, professor at the School of Planning and Architecture (SPA) here, spoke about the unique architectural fabric of the Old Delhi, endowed with iconic havelis with ornate doorways, and compared it with heritage streetscape in York in the UK, Santorini in Greece and Warsaw in Poland.

A “special manual”, both in English and Hindi, for owners and occupiers of havelis and other heritage buildings in Shahjahanabad was also released on the occasion.
Conservation architect Aishwarya Tipnis, who had worked on the manual, shared its details, and her team’s experience of working on the conservation of Seth Ram Lal Khemka ki Haveli, a Grade 2B building.

Old Delhi is home to hundreds of havelis and heritage homes, many of which are in dire need of conservation. Some of the well-known ones include Chunamal ki Haveli, Khazanchi ki Haveli, Namak Haram ki Haveli, among other properties.

The 19th century Haveli Dharampura in Gali Guliyan has been converted into a heritage boutique hotel but many other such properties ar awaiting restoration.

Follow us on
Latest News
Rs 4.25 lakh in fines for GRAP violations in Noida
PhonePe sets up 10 lakh SmartSpeakers for merchants, records over 100 cr transactions across India
Majority of employers in services sector keen to hire in Q3: Report
WhatsApp Communities launched for everyone, here’s what this feature does
African countries look to India’s technology as more appropriate than those from the West
Air quality panel orders ban on plying of diesel LMVs in Delhi-NCR, entry of trucks into capital
Amazon, Meta, Alphabet, Apple and Microsoft’s outlook: Making sense of big tech earnings
Photos
Heart-wrenching! Here is a look at Morbi and the suspension bridge that collapsed
3 days agoOctober 31, 2022
In Pictures: PM Modi in Kargil to celebrate Diwali with soldiers, says, ‘All of you have been my family for years now’
1 week agoOctober 24, 2022
In Pictures: PM Modi inaugurates Deepotsav in Ayodhya; World record set by lighting of over 15 lakh diyas
1 week agoOctober 24, 2022
Read More
×
‘Arrest me if I have committed a crime, why question’: CM Hemant Soren after skipping ED summons
Don’t spare corrupt, don’t be defensive: PM Modi to CVC and anti-corruption agencies
‘Is negligence too an act of God?’ Congress sharpens attack against BJP on Morbi bridge collapse
Gujarat Elections 2022: BJP chief Nadda says party will form govt with big majority
Gujarat elections 2022: Will saffron sweep Gujarat again? Modi to Morbi – 10 factors that could make or break BJP’s chances
Neither govt nor people serious about tackling monstrous problem: Varun Gandhi on worsening air quality in Delhi