Venkaiah Naidu said secularism is in the blood of every Indian and the country is respected world-over for its culture and heritage. 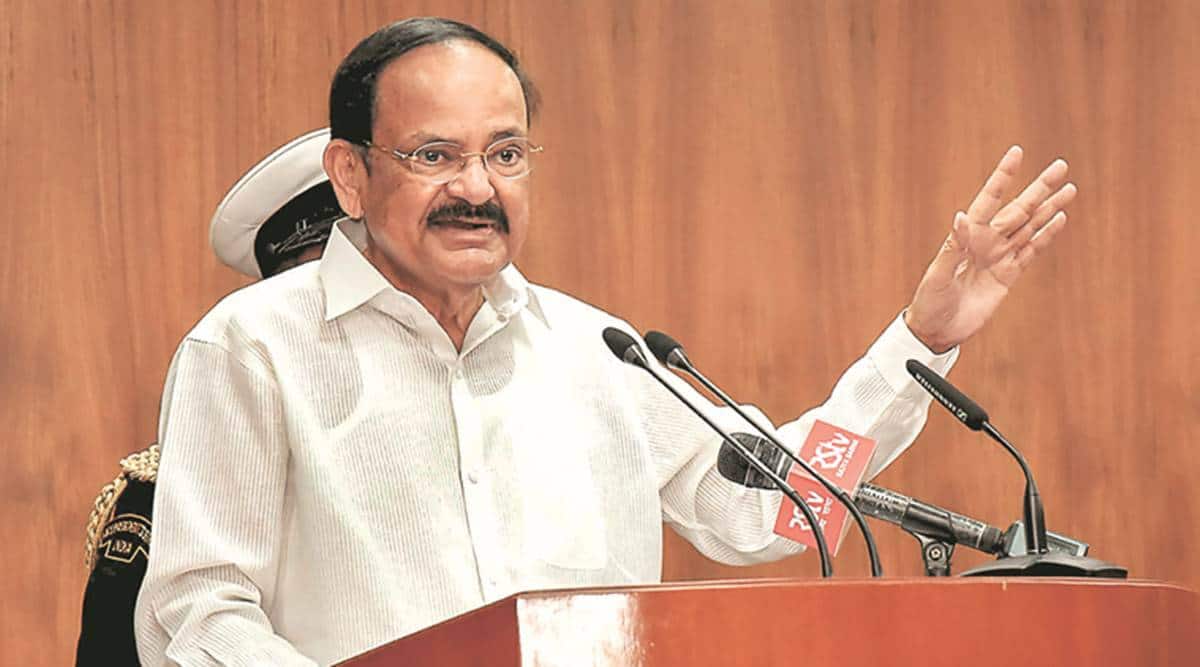 Venkaiah Naidu said secularism is in the blood of every Indian and the country is respected world-over for its culture and heritage.

Expressing disapproval against hate speeches in the name of religion, Vice President M Venkaiah Naidu saying it goes against the culture, heritage, traditions, constitutional rights and ethos, while observing that every person has the right to practice and preach his or her faith in the country.

“Practice your religion but don’t abuse and indulge in hate speech and writings,” the Vice President said at an event organised to mark the 150th death anniversary of Saint Kuriakose Elias Chavara, a spiritual leader and social reformer from the Kerala Catholic community, at Mannanam near Kottayam.

Naidu said secularism is in the blood of every Indian and the country is respected world-over for its culture and heritage. In this context, the Vice President called for strengthening the Indian value system, an official statement said.

The Vice President said community service must be made compulsory for students studying in government as well as private schools as it would help them to develop an attitude of sharing and caring in their interaction with others.

“Today, there is a dire need to inculcate the spirit of service from a young age in the youth of this country. Once this pandemic is behind us and normalcy returns, I would suggest that government schools as well as those in the private sector must make community service of at least two to three weeks compulsory for students,” he said.

Urging youngsters to imbibe, protect and promote Indian cultural values, Naidu highlighted the importance of India’s philosophy of sharing and caring for others. He said that living for others will not only give a person a lot of satisfaction but will also make the people remember that person for a long time for his or her good deeds.

The Vice President said inculcating the spirit of service in youngsters at school level would help them to develop an attitude of sharing and caring in their interaction with others.

“As a matter of fact, the philosophy of share-and-care is at the core of India’s age-old culture and must be widely propagated. For us, the whole world is one family as encapsulated in our timeless ideal, ‘Vasudhaiva Kutumbakam’. It is with this spirit that we should move forward together,” Naidu said.

Naidu also advised youngsters to remain physically fit by doing yoga or any other form of physical exercise and “to love and live with nature.” He asked them to protect nature and preserve culture for a better future.

Highlighting the contributions of visionary spiritual leaders like legendary social reformer Sree Narayana Guru and St Chavara in various fields, the Vice President also urged other states to take a cue from Kerala in the fields of education, social justice and women’s empowerment.

“I would like to take this opportunity to urge other states to take a cue from Kerala in the fields of education, social justice and women’s empowerment as outlined in the pioneering initiatives of Saint Chavara and Narayana Guru. Their pathbreaking work proves that every state can be transformed into an engine of growth and progress and that this can be achieved through the social and educational empowerment of women and youth belonging to poorer sections of society,” Naidu said.

He said the benefits of development must percolate down to the last man in the most backward and impoverished segments of our socio-economic order as spelt out in the philosophy of Antyodaya articulated by the visionary thinker, activist and reformer, Pandit Deendayal Upadhyaya.

Naidu said though the identity and vision of Saint Chavara were shaped and formed on the ideals of his Catholic faith, his deeds of social and educational services were not restricted to the progress and development of that community alone.

“Saint Chavara combined the spirit of the renaissance with the mission of charity and noble Christian concept of universal brotherhood,” the Vice President said and expressed happiness over the involvement of these congregations founded by him in the educational and health fields in the country.

Paying tributes to Saint Chavara, he said “this iconic spiritual and social leader of Kerala, whom people considered as a saint during his lifetime, was a true visionary in every sense of the term.”

He said that Saint Chavara engaged himself as a spiritual, educational, social, and cultural reformer of Kerala society in the 19th century and contributed richly to the social reawakening of the people.

Stating that Saint Chavara contributed immensely to achieving communal harmony and tolerance in society, Naidu said that he always showed a deep concern for the wellbeing of all and taught us that peaceful human relationships are sacred and more important than anything else.

“Today, we need a Chavara in every community – a towering individual with a vision to unite all sections of society socially and culturally, and take the country forward,” he stressed.