Stating that drugs have been the bane in Punjab from the past three to four years, Khetan said that 2017 elections in Punjab was going to be fought on the grounds of the drug problem there, even before ‘Udta Punjab’ was announced. 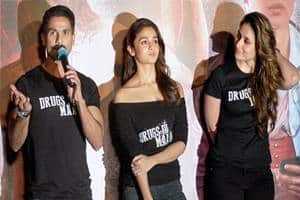 Asserting that the 2017 Punjab elections are going to fought on the grounds of the rampant drug abuse in the state, the Aam Aadmi Party (AAP) on Wednesday accused Prime Minister Narendra Modi of having Censor Board chief Pahlaj Nihalani in his pocket and using him as a pawn to further his chances in the polls next year by playing politics over the upcoming controversial flick, ‘Udta Punjab’.

“It is our humble request to Modi ji, Jaitley ji and Badal ji that after letting Punjab suffer for 10 years under the influence of drugs, they should stop playing politics with ‘Udta Punjab’. Nihalani is launching a tirade of charges on an innocent producer without any proof and he wants him to apologise,” AAP leader Ashish Khetan told the media here.

Asserting that the NDA regime and the Parkash Singh Badal government would face maximum loss if the ‘reality’ in Punjab came to light, Khetan further said that the Prime Minister was using the Censor Board chief as a pawn and was attacking an ‘innocent’ film instead of going after the real problem.

“Nihalani has made it clear that he is not behind the controversy. It is the Modi and the Badal governments and that he is simply a pawn in all this. Harsimrat Kaur, the sister of Majithia, is in Modi ji’s Cabinet and Majithia, whose name has come up in several drug scams, is in Badal’s Cabinet.

So, you can see that they are all in the same boat here. Even Jaitley ji has defended Majithia,” Khetan told ANI.

Stating that Nihalani was a ‘third grade’ director known for making cheap and sleazy films, the AAP leader said that one could not expect anything less from the Censor Board chief, who reached his position after considerably buttering up the Prime Minister.

“Modi ji should stop making such people as the Censor Board chief. If Nihalani had not idolised Modi, then he would not have even become a peon in CBFC, let alone become the chief,” he said.

Stating that drugs have been the bane in Punjab from the past three to four years, Khetan said that 2017 elections in Punjab was going to be fought on the grounds of the drug problem there, even before ‘Udta Punjab’ was announced.

Meanwhile, accusing the NDA government of having a hand in the 89 cuts in ‘Udta Punjab’, Delhi Chief Minister Arvind Kejriwal alleged that what else one could expect in Prime Minister Modi’s regime.  “#UdtaPunjabCensored What else cud one expect in Modi regime?’ he tweeted.

He further accused Nihalani of censoring the film on the directions of the ruling Bharatiya Janata Party (BJP).  “Pahlaj Nihalani’s statement makes it amply clear that he has stopped the film on BJP’s instructions,” he added.

Nihalani earlier alleged that he had heard that co-producer Anurag Kashyap had taken money from the AAP to show Punjab in a bad light through the film and said this was the talk in the industry.

Defending the decision to make a whopping 89 cuts from ‘Udta Punjab’, Nihalani earlier today asserted that he had made the cuts keeping the law and order situation of the state in mind and accused co-producer Anurag Kashyap of trying to take mileage from the entire controversy to promote this film.

With Punjab due for assembly elections in January next year, the controversy has assumed political overtones.

The Congress and the AAP criticised the Censor Board and accused Punjab’s ruling Shiromani Akali Dal-Bharatiya Janata Party (BJP) alliance of exercising influence to censor the movie.

Meanwhile, the Bombay High Court today posted the petition filed by Phantom Films – one of the producers of the movie ‘Udta Punjab’ – for further hearing on Thursday.

The High Court allowed the company to amend its petition allowing them to challenge the Censor Board’s order suggesting 13 cuts in the film.

With the ‘Udta Punjab’ issue turning into a war between co-producer Anurag Kashyap and Nihalani, the producers earlier today moved the Bombay High Court seeking a copy of the order of the Censor Board Review Committee report on the film.  The CBFC is said to have demanded an alteration of the narrative with as many as 89 cuts.