PM Narendra Modi should have discussed Jammu & Kashmir instead of Balochistan: Omar Abdullah 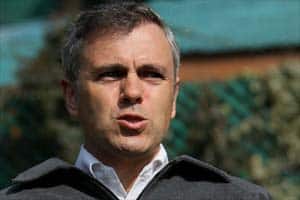 laming Mehbooba Mufti for playing the worst form of politics, he said that she has held everyone, from Nehru to Modi, responsible for what is happening in the disputed state except herself (PTI)

Former Chief Minister Omar Abdullah urged Prime Minister Narendra Modi to discuss about Jammu & Kashmir instead of talking about Balochistan. He said that the Centre should take emergent steps to keep a check on the excessive use of force in the valley highlighting the need for a judicial inquiry into the matter.

Lashing out at the Centre for raising the issue of Baluchistan he said, “Jab apne ghar me aag lagi ho, to bajay apne ghar mein aag bujhane ke hum dusre ke ghar mein aag lagaane ka kaam kar rahe hai.” Omar wrote on Twitter saying, “When you say Kashmir is integral part of India, you are talking of land not ppl. Make ppl yours too.”

Prime Minister Narendra Modi, after an all-party meeting had decided to raise the issue of Balochistan during his speech at the 70th Independence Day celebration at the Red Fort.

He said that this is not a battle for chairs, but it is about safeguarding the future generation of Jammu & Kashmir. Adding to this, he said that unlike PDP party which actively lobbied for the dismissal of his government, he never sought for the party’s dismissal or Jammu & Kashmir Chief Minister Mehbooba Mufti’s resignation.

Blaming Mehbooba Mufti for playing the worst form of politics, he said that she has held everyone, from Nehru to Modi, responsible for what is happening in the disputed state except herself. Omar Abdullah said that in the last 40 days, his party has played a positive role as an opposition. He also hoped that India and Pakistan take necessary steps to improve the political environment so that some amount of dialogue is possible. He said that he is in support of a dialogue process between neighbours India and Pakistan and that “a dialogue is the only way.”