From Jammu, PM Modi will fly to Palli panchayat in the border district of Samba, where he will address over 30,000 members of J&K’s rural bodies. 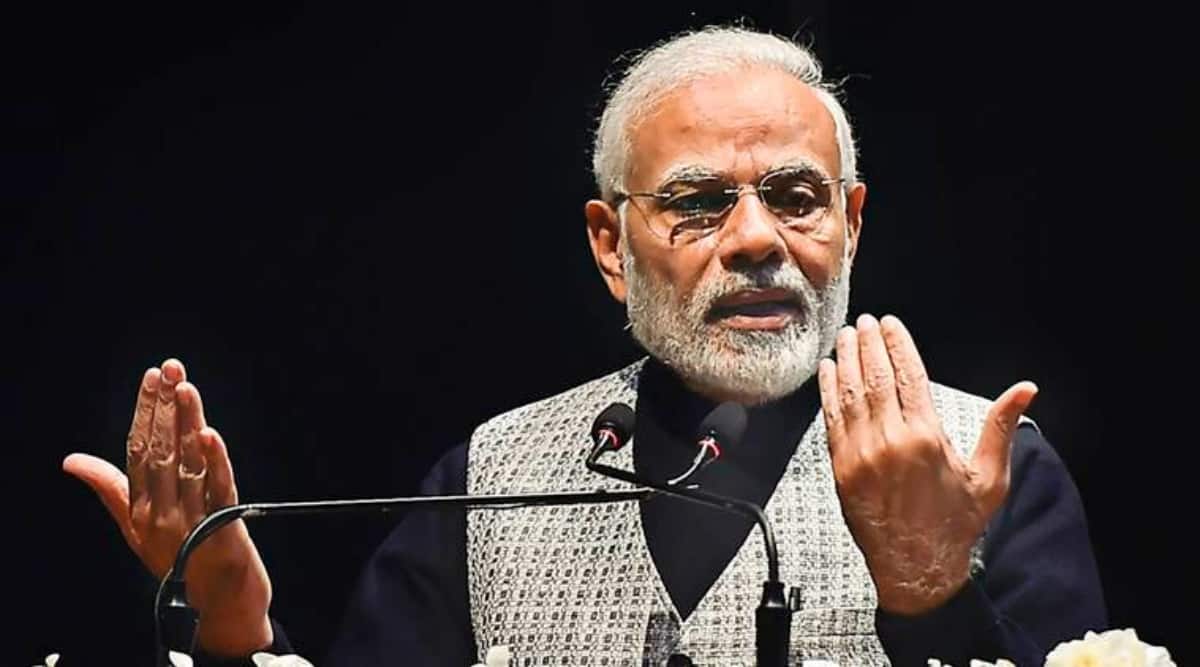 All eyes are on Prime Minister Narendra Modi’s much-anticipated visit to Jammu and Kashmir on Sunday on the occasion of Panchayati Raj Diwas. This will be his first visit to Jammu and Kashmir in the last two-and-a-half years ever since the Centre abrogated the erstwhile state’s special status under Section 370 and 35(A) and split it into two Union Territories on August 5, 2019.

From Jammu, PM Modi will fly to Palli panchayat in the border district of Samba, where he will address over 30,000 members of J&K’s rural bodies. LG Manoj Sinha said that around 700 panchayats across the country will be virtually connected with the event which is expected to witness the participation of about 1 lakh people.

He will also launch projects worth Rs 38,082 crore from Palli that has been billed as India’s first carbon-neutral panchayat. This infrastructure push was an attempt to showcase how fast the Union Territory was transforming, officials said.

The prime minister will be inaugurating a mega 500 KV solar plant, set up in a record time of 20 days, that will provide clean electricity to all its 340 households.

The prime minister, accompanied by Union Minister for Rural Development & Panchayati Raj Giriraj Singh, will also inaugurate the 8.45-km, all-weather Banihal-Qazigund road tunnel that has been built for Rs 2,100 crore. This will reduce the distance between Jammu and Srinagar by 16 km and the travel time by almost two hours.

Modi will also lay the foundation of the 850-megawatt Ratle and the 540-megawatt Kwar hydel power projects that have been built over the Chenab. These projects are expected to double the Union Territory’s power-generation capacity in the next four years.

The prime minister had last visited Jammu and Kashmir to celebrate Diwali with Army troops in Rajouri on October 27, 2019, and later came to Nowshera on November 3, 2021. However, his visit to Jammu is the first after the abrogation of Article 370.

The visit comes at a time when the Delimitation Commission on Jammu and Kashmir is about to complete its work, with elections in the newly formed UT expected soon.