The BJP today said that a festival will be organised in Kashi every day starting from December 13, 2021 to January 14, 2022. 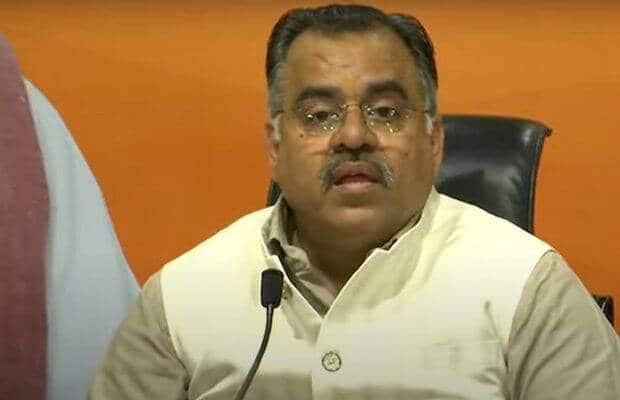 The BJP workers will carry out Swacchata Abhiyan at temples across the country on 10th and 11th December, said the party.

The Bharatiya Janata Party has planned a mega public outreach campaign in the wake of Prime Minister Narendra Modi’s visit to inaugurate the redeveloped Kashi Vishwanath Dham on December 13. UP Chief Minister Yogi Adityanath and about 3,000 religious leaders, saints, artists and other dignitaries from across the country will attend the programme in Varanasi.

The BJP today said that a festival will be organised in Kashi every day starting from December 13, 2021 to January 14, 2022. BJP national general secretary Tarun Chugh said that party president JP Nadda has planned live streaming of the event at 51,000 places across the country.

He added that all cabinet ministers of Uttar Pradesh will take part in the event. He said that all state units will announce the details of their programme starting from tomorrow. “On 9th, at every district level across the country, the announcement will be made for the ‘Divya Kashi, Bhavya Kashi’ program…Prabhat Pheri (morning march) will be taken out across the country on the 9th with the chanting of ‘Har Har Mahadev’. The BJP workers will carry out Swacchata Abhiyan at temples across the country on 10th and 11th December. In Kashi, these functions have already started from 5th December,” said Chugh.

He said that the Samvaad program will be organised in Kashi starting tomorrow, and will continue till December 13. The BJP leader said that it will be like Deepawali in Kashi on December 13. He said that the BJP workers will also take prasad and history books related to Kashi to over 5 lakh homes. Keeping in mind the UP elections, the BJP will showcase the event live at 27 thousand locations across the state.