Prime Minister Narendra Modi on Thursday proposed a joint task force on connectivity to work on extension of India-Myanmar-Thailand trilateral highway to Cambodia, Laos and Vietnam. 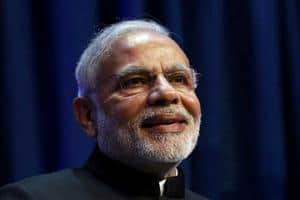 India today gave its commitment to support the realisation of a balanced Regional Comprehensive Economic Partnership Agreement that will offer equal justice to manufacturing, services and investment sectors. (Reuters)

Prime Minister Narendra Modi on Thursday proposed a joint task force on connectivity to work on extension of India-Myanmar-Thailand trilateral highway to Cambodia, Laos and Vietnam, while also proposing to enhance the ASEAN-India Fund with an additional grant of US $ 50 million.  Speaking at the 14th ASEAN India Summit in Vientiane, Laos , Prime Minister Modi declared that India supports the United Nations Convention on the Law of the Sea (UNCLOS).

“Sea lanes are life lines of global trade. India supports freedom of navigation based on ÚNCLOS,” he added.

He also emphasized on New Delhi’s will to take on cyber security.

“We are willing to take concrete steps to enhance coop in cyber security, de-radicalization and Counter Terrorism,” he said.

“Engagement of India-ASEAN is of ‘economic optimism’. We continue to expand and deepen our economic engagements,” he declared.

The Prime Minister also invited the ASEAN as the Guest of Honour for the International Buddhist Conclave in October.  He concluded reiterating that India is willing to march with ASEAN to fulfill promise and potential of its strategic engagement.