The alleged mastermind and main conspirator behind the violent clashes in Punjab’s Patiala, Barjinder Singh Parwana, was arrested by police in Mohali on Sunday morning. 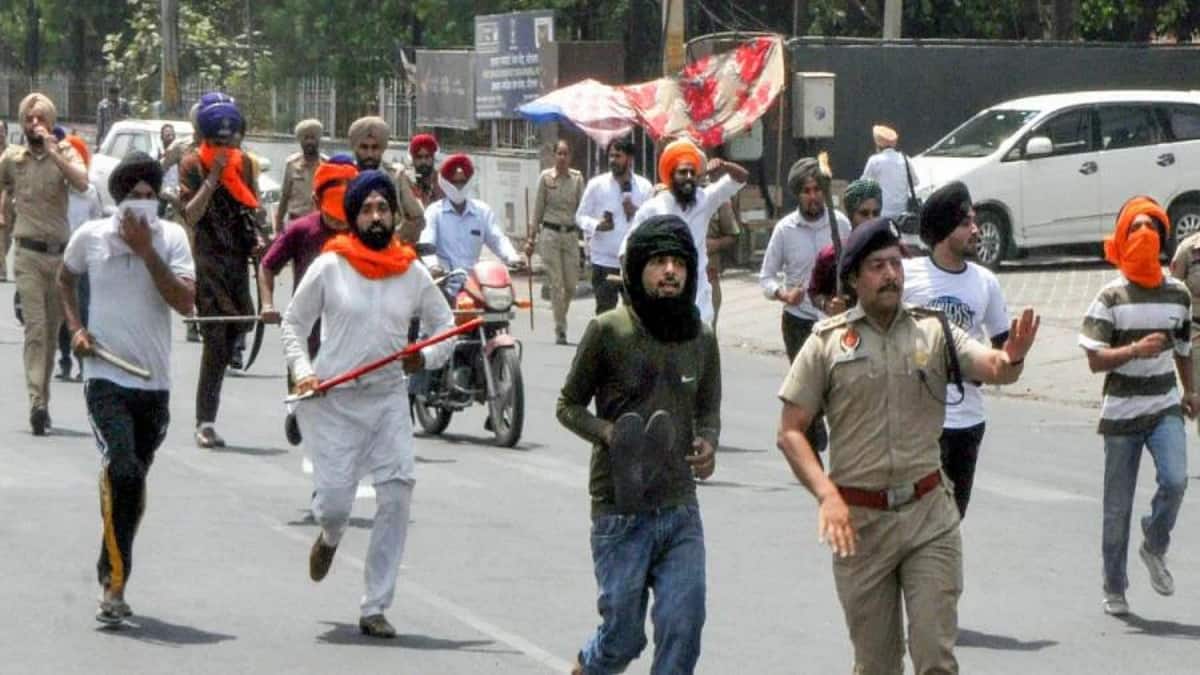 The alleged mastermind and main conspirator behind the violent clashes in Punjab's Patiala, Barjinder Singh Parwana, was arrested by police in Mohali on Sunday morning.

The alleged mastermind and main conspirator behind the violent clashes in Punjab’s Patiala, Barjinder Singh Parwana, was arrested by police in Mohali on Sunday morning.

“He will be presented before a court to obtain his police remand. Police have also arrested Shankar Bhardwaj, who is Harish Singla’s known, and three more Sikh radicals also arrested. One other person who posted hate speech was arrested,” said Range Inspector General M S Chhina.

The accused was brought from Mumbai by Vistara flight to Mohali airport at 7.20 am. The Central Intelligence Agency (CIA) Patiala team headed by Inspector Shaminder Singh arrested him at the Mohali airport.

On Friday, violence clashes erupted between members of Shiv Sena (Bal Thackeray), who had called for an “anti-Khalistan” march, and Sikh activists and Nihangs brandishing swords outside the Kali Mata temple. The incident had led to stone-pelting by both sides, police officials had said, adding that at least four persons, including two policemen, were injured in the clash.

The police booked 25 accused by name so far in six FIRs registered in connection with Friday’s incident which left four persons injured. Mobile internet and SMS services were suspended from 9.30 am by the state’s home affairs and justice department till 4 pm.

The Punjab government on Saturday shunted out three senior police officers including an inspector general even as Patiala was limping back to normalcy with security personnel keeping a tight vigil.