Among those detained in connection with the blast include one Nishan Singh who allegedly gave logistic support to the attackers. 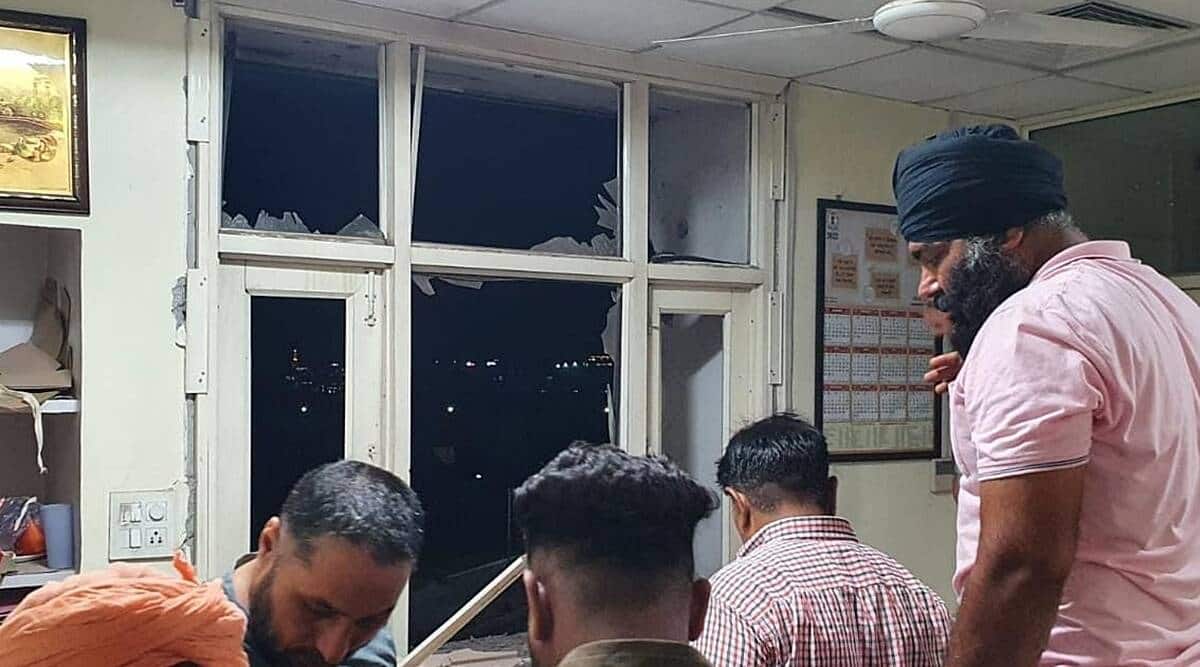 Among those detained in connection with the blast include one Nishan Singh who allegedly gave logistic support to the attackers.

It has emerged in the preliminary investigations that the attack on the Punjab Police’s Intelligence Wing headquarters in Mohali was allegedly masterminded by a wanted gangster, Harvinder Singh alias Rinda, who is believed to be currently based in Pakistan and involved in terror operations against India, according to sources quoted by The Indian Express.

A day after a rocket-propelled grenade was fired at its intelligence wing headquarters in Mohali, the Punjab Police on Tuesday said it has recovered the launcher used in the attack and that a number of suspects have been rounded up. Meanwhile, Gurpatwant Singh Pannu of the banned outfit Sikhs for Justice (SFJ) has purportedly claimed responsibility for the attack through an unverified voice message.

Among those detained in connection with the blast include one Nishan Singh who allegedly gave logistic support to the attackers. Director General of Police VK Bhawra yesterday said they have got a few leads and the case would be solved soon.

“A number of suspects have been rounded up and questioned. The launcher used in the attack has been recovered by the police and all leads developed in the case are being pursued meticulously,” a statement issued by the Mohali police said.

The Indian Express quoted sources saying that 35-year-old Rinda is believed to have sent a consignment of explosives that is suspected to have been dropped on a Ferozpur field recently by drones from Pakistan. The consignment was seized last Thursday from four Punjab residents who are alleged associates of Rinda and were on their way to Telangana.

On Tuesday, investigators from the National Investigation Agency (NIA), Intelligence Bureau (IB) and other agencies visited the site. “NIA inspects all suspected terror attack sites in a routine manner. As it is a federal agency with jurisdiction across the country, it has the mandate to inspect sites to determine whether it is a fit case for the Central agency to probe,” a Central official said.

A case under the relevant sections of the Indian Penal Code (IPC), the Unlawful Activities (Prevention) Act (UAPA) and the Explosives Act has been lodged at Mohali’s Sohana police station in connection with the incident. The case was registered on the basis of the statement of sub-inspector Balkar Singh, the security in-charge of the intelligence wing headquarters.

The incident is being seen as a major intelligence failure as the building houses the state counter-intelligence wing, the special task force, the anti-gangster task force and some other units.