Over 1 lakh people attempted five world records in the field of yoga in Chhattisgarh’s Bhilai. 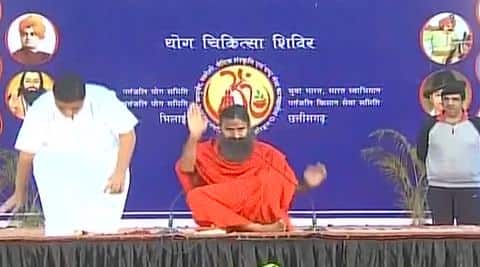 Over 1 lakh people attempted five world records in the field of yoga in Chhattisgarh's Bhilai. (ANI)

Over 1 lakh people attempted five world records in the field of yoga in Chhattisgarh’s Bhilai. Yoga exponent Randev also attended the event, according to ANI report. Chhattisgarh Chief Minister Raman Singh also performed a few yoga poses in the event. Earlier this year, nearly 1,632 pregnant women in Gujarat’s Rajkot had set up a new Guinness Book of world records by practicing yoga on the occasion of International Yoga Day. Earlier, the record was held by China, where more than 900 pregnant women had taken part in the yoga practice, the report said.

Chennai recently celebrated World Yoga Festival on December 5, and saw 648 people across Chennai performing a sirsasana, or headstand, at the same time, and made the Guinness World Record of the most number of people doing headstands. The record was previously held by 408 Indians, who set the record on International Yoga day on June 6, this year.

Prime Minister Narendra Modi had announced two awards for distinguished works in the field of yoga at national and international levels. June 21 was declared as the International Day of Yoga by the United Nations General Assembly in December 2014. Over 190 countries, including 40 Islamic nations, supported the move to have a special day for yoga.