Out on bail in hate speech case, Yati Narsinghanand does it again: asks Hindus to take up arms

This comes at a time when incidents of communal violence have been reported in several states, with the latest one in Delhi’s Jahangirpuri during a Hanuman Jayanti procession. 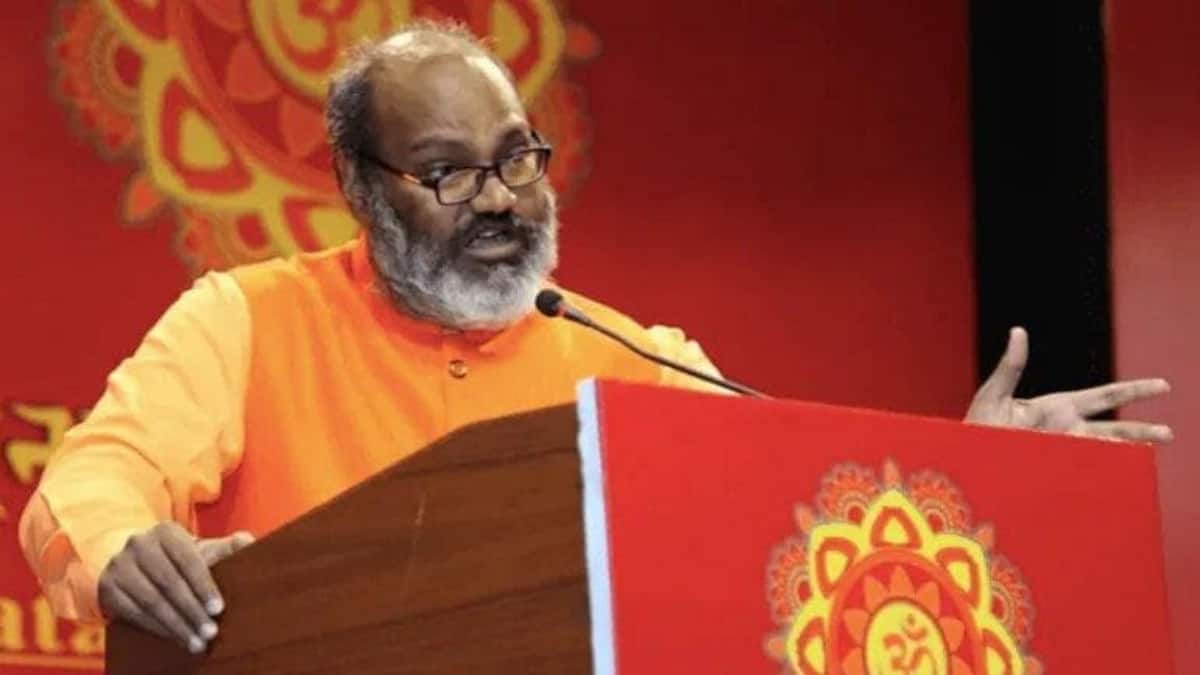 This comes at a time when incidents of communal violence have been reported in several states, with the latest one in Delhi's Jahangirpuri during a Hanuman Jayanti procession.

Controversial priest Yati Narsinghanand Saraswati, who is out on bail in the Haridwar hate speech case, has delivered yet another hate speech at a religious conclave in Una, Himachal Pradesh, which reportedly violates his bail conditions.

At the meet, the organisers gave an open call to Hindus to pick up arms. The speakers called for targeted killings of Muslims. This comes at a time when incidents of communal violence have been reported in several states, with the latest one in Delhi’s Jahangirpuri during a Hanuman Jayanti procession.

“Increasing population of Muslims in the country indicates the decline of the Hindus…Hindus should strengthen their families, they should give birth to more children to protect their families, humanity and Sanatan Dharm,” news agency ANI quoted Narsinghanand as saying.

Arrested in January for organising an event in Haridwar that featured calls for genocide of Muslims, Yati Narsinghanand was released on bail on February 18. His bail condition had said he would not be part of any event or gathering “which aims towards creating difference between communities”.

Two weeks ago, Narsinghanand and the chief editor of Sudarshan News Suresh Chavhanke were named in a First Information Report (FIR) by the Delhi Police for allegedly delivering hate speeches at a ‘Hindu Mahapanchayat’ held in Delhi’s Burari on April 3.

Then too, he delivered a speech exhorting Hindus to pick up arms claiming they faced the threat of conversion and violence if a “Muslim is made prime minister.”

On January 15, the Haridwar police arrested Narsinghanand based on three FIRs — two for hate speech filed under IPC sections 153A (promoting enmity between different groups) and 295 A (outraging religious feelings) — and another for “objectionable remarks” made during the speech “against women of a particular community”. On February 8, a Haridwar court granted him bail in the hate speech case.