The Jammu and Kashmir High Court has invited applications from candidates from all over the country to fill 33 vacancies in districts courts of the Union territories of J&K and Ladakh. 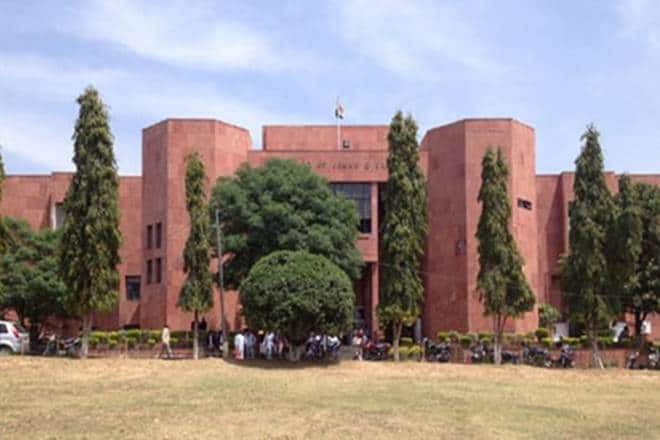 The advertisement to fill the vacancies was issued by the J&K High Court's Registrar General Sanjay Dhar on December 26 with the last date for submission of applications being January 31, 2020.

The Jammu and Kashmir High Court has invited applications from candidates from all over the country to fill 33 vacancies in districts courts of the Union territories of J&K and Ladakh, triggering an opposition outcry against the opening of the state employment to all Indians in the two UTs after the nullification of Article 370.

The 33 vacant posts of non-gazetted officials in district courts of J&K and Ladakh that the high court has opened for eligible candidates from all over the country, include those of senior and junior scale stenographers, typists, compositors, electricians and drivers.

The advertisement to fill the vacancies was issued by the J&K High Court’s Registrar General Sanjay Dhar on December 26 with the last date for submission of applications being January 31, 2020.

The high court’s notification has triggered a vociferous protest from various opposition parties, including the National Conference, JKNPP and various Left parties, which have demanded reservation for locals in government jobs in J&K. NC provincial president Devender Singh Rana made the demand, arguing that unemployment has alarmingly grown in the UT during recent years and the state jobs must be reserved for locals alone.

“The J&K government jobs are for local educated unemployed and should be reserved for local youths only,” said Rana. He voiced concern over limited avenues of employment in J&K, saying a thrust is needed to be laid on fast track recruitment process and to put in place a robust mechanism of employability. He said a roadmap had already been drawn in this regard a few years ago, which, he said, has fallen prey to the political myopia. Rana demanded the launch of a pro-active and fast-track drive by the government to fill up vacancies in various departments by local youths.

Terming as “unacceptable” the opening of state jobs in J&K for all Indians, the Jammu and Kashmir National Panthers Party accused the Union territory’s government of having jeopardized the career of unemployed educated youths in J&K. “It would not only mar the prospects of local, unemployed, educated youths but would also have a demoralising effect upon the educated and aspiring youths of the erstwhile state,” JKNPP chairperson Harsh Dev Singh told reporters here.

“J&K does not have much scope for absorption of educated unemployed youths in the private sector. And the employment opportunities in the government sector are also very limited,” said the former education minister. “Throwing open the government jobs in J&K to youths from all over the country would not only be a grave injustice to the J&K youths but could also have serious ramifications,” he asserted.

Singh claimed the J&K HC is not the first one to throw open its vacancies on all-India basis, and the same had been done earlier by the J&K Trade Promotion Organization (JKTPO). “The simmering discontent among youths against the government apathy could have earthshaking consequences in case the J&K jobs are opened to outsiders without protecting the interest of local youths” said Singh.

“This is contrary to the assurances repeatedly given by the leadership of the ruling party to the people. The jobs in government services should be protected,” he said. Team Jammu, an organisation of Jammu region youths too took strong exception to the J&K High Court throwing open the vacancies in district courts of the two UTs for for candidates from all over the country. Team Jammu chief Zorawar Singh Jamwal said that the advertisement was a shocker for everyone in J&K notwithstanding their overwhelming support to abrogation of Article 370 and 35A.