Oppn leader told me ‘PM twice, what more’, but I’m made of something else…: Narendra Modi

PM Modi did not mention anybody’s name during his speech, which came a month after NCP chief Sharad Pawar met him in Delhi . 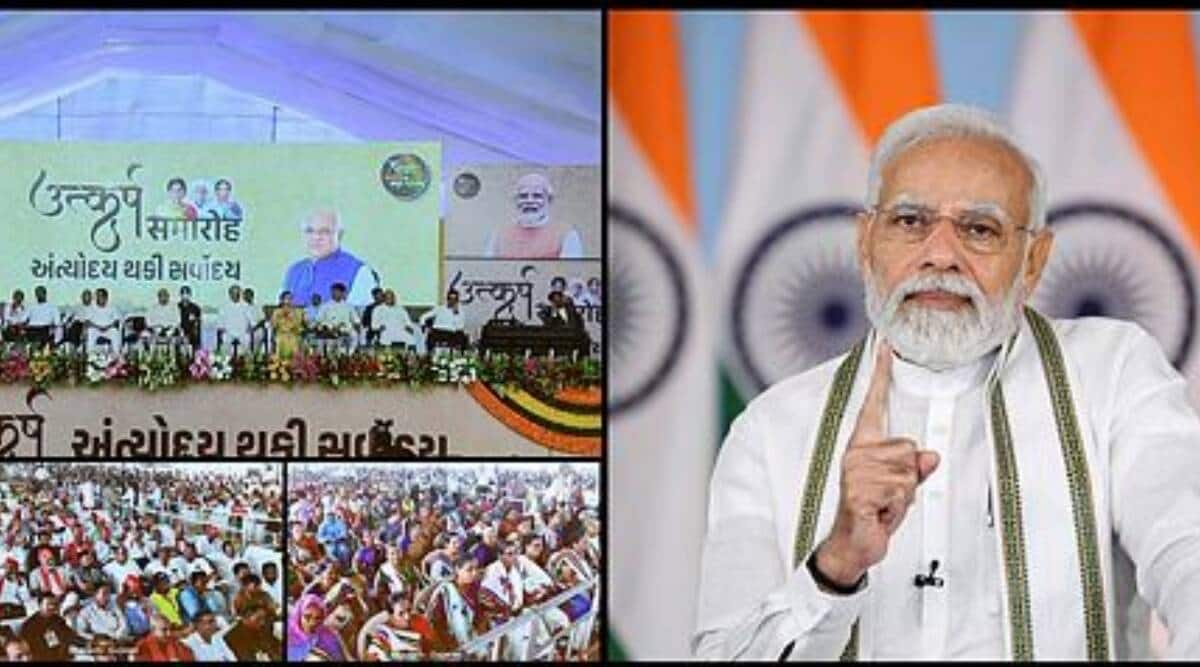 PM Modi did not mention anybody's name during his speech, which came a month after NCP chief Sharad Pawar met him in Delhi.

Dropping hint that he was ready for another term, Prime Minister Narendra Modi on Thursday said that he was once asked by a “very senior” Opposition leader that “what else” was left for him to accomplish after becoming PM twice, to which he replied that he will not rest till 100 per cent coverage of government schemes was achieved.

Speaking virtually at the Utkarsh Samaroh in Bharuch, where beneficiaries of four Central Government schemes were assembled, Modi said: “Once I met a leader…he is a very senior leader…he has been a political opponent, but I do respect him. One day, he came to meet me, to sort out some issues. He said, ‘Modiji, now what else do you want to do? The country has made you prime minister twice’.”

“He thought that becoming prime minister twice was a huge achievement. He does not know that this Modi is made of something else…it is the soil of Gujarat that has shaped him. It is not enough that I should rest now, (thinking) that everything that has happened is good…No…My dream is saturation…meet your target 100 per cent. Get the government machinery into a habit, create faith in the citizens,” the prime minister added.

Modi did not mention anybody’s name during his speech, which came a month after NCP chief Sharad Pawar met him in Delhi and raised the issue of the central agencies’ action against Shiv Sena MP Sanjay Raut and the family members of Maharashtra Deputy Chief Minister Ajit Pawar.

PM Modi said that when he was elected in 2014, “almost half the country was 100 miles away from toilets, vaccination, electricity, bank accounts, in a way they were denied. In all these years with all our efforts many schemes have achieved 100 per cent saturation”.

According to him, these were “difficult tasks and politicians are afraid to touch them” but he was not here to “do politics, but to serve citizens of the country”.