“We don’t want any ‘murti’ (statue) in Rashtrapati Bhavan, we are electing the president. You must have always heard Yashwant Sinha but we have never heard the voice of the presidential candidate of the ruling party,” Yadav told reporters. 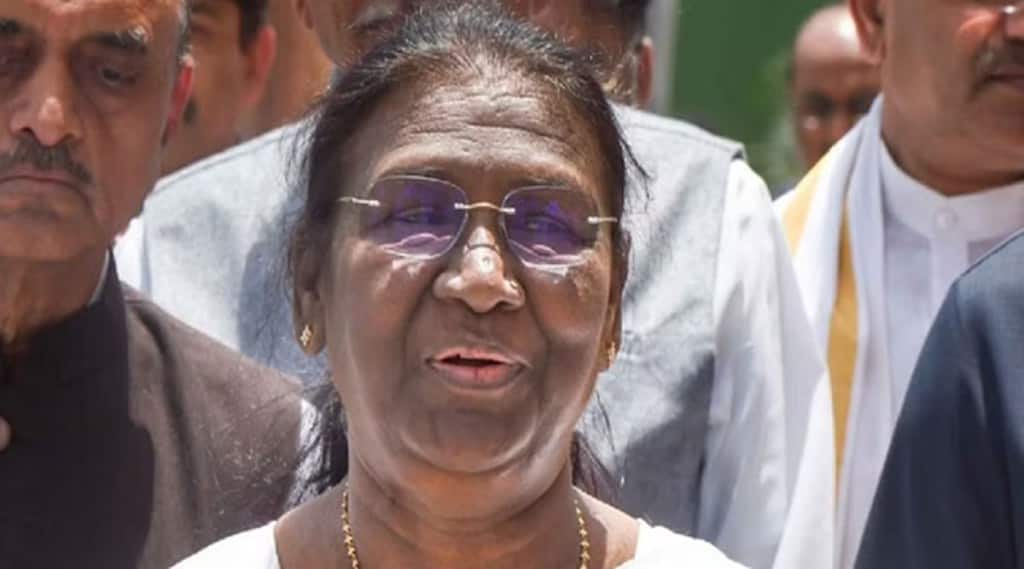 Days after Congress leader Ajoy Kumar’s ‘evil philosophy’ remarks on NDA presidential candidate Droupadi Murmu created a political stir, Rashtriya Janata Dal (RJD) leader Tejashwi Yadav has launched a fresh attack on Murmu a day ahead of the presidential polls, saying that the opposition didn’t want “any statue” as the President of India.

“We don’t want any ‘murti’ (statue) in Rashtrapati Bhavan, we are electing the president. You must have always heard Yashwant Sinha but we have never heard the voice of the presidential candidate of the ruling party,” Yadav told reporters.

Yadav pointed out that Murmu hadn’t held a single press conference since she was named as NDA’s presidential pick, while telling reporters, “I don’t think even you have heard her.”

Also Read
Justice UU Lalit takes oath as 49th Chief Justice of India
Accused confessed they spiked Sonali Phogat’s drink with chemicals, made her drink it forcefully: Goa Police
Noida twin towers demolition on August 28: How, when, why and what next – All your questions answered here
Final review of preparations done, twin towers to be razed on schedule: Noida Authority CEO

In the days leading to the presidential elections, the Opposition has been divided over their presidential pick Yashwant Sinha. While RJD, Left, Congress and TMC have extended their support to Sinha, RJD’s Jharkhand ally JMM, and even Shiv Sena, which was present at the opposition’s meeting for selecting a consensus candidate, has decided to back Murmu. The other opposition parties which were not present at the meeting, including BJD and YSRCP, have decided to back Murmu.

“It’s not about Droupadi Murmu. Yashwant Sinha is also a good candidate and Ms Murmu is also a decent person. But she represents a very evil philosophy of India. We should not make her a symbol of ‘Adivasi’. We have President Ram Nath Kovind, Hathras happened. Has he said a word? The condition of Scheduled Castes has become worse,” Kumar had said.

Meanwhile, Kumar has claimed that the video showing him making the “evil philosophy” remarks was fabricated.