The government committee submitted its report to Transport Minster Gopal Rai Wednesday after it surveyed 13,497 students across six schools in the capital. 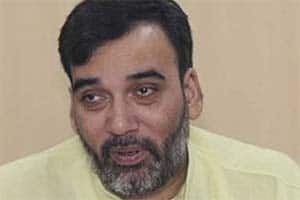 The AAP government Wednesday said schools in session were the main reason behind a surge in the number of cars, leading to traffic jams during the second phase of the odd-even scheme.

The government committee submitted its report to Transport Minster Gopal Rai Wednesday after it surveyed 13,497 students across six schools in the capital. The report found that a large percentage of students had been using private cars to travel to school which increased congestion over a 5-6 km radius around schools.

The Delhi government had constituted a six-member panel on April 23 during odd-even phase- II when it came under flak for increased road congestion reported between April 15 and April 30. The last odd-even scheme was deemed a success by the government mainly on the grounds that there was zero road congestion because lakhs of cars went off the roads in the capital.

The other factors causing congestion, as listed by the committee, were the additional 388,886 private cars, 134,598 two-wheelers and 8,000 buses. Most of the cars and buses were being used for students, the government said.