Nothing can be more insulting: Congress on Teni’s continuation in Modi cabinet on 1st anniversary of Lakhimpur Kheri violence

“Nothing can be more insulting that the farmers agitating against the black laws were deliberately killed while the culprit remains a member of the Union council of ministers,” Congress general secretary Jairam Ramesh told reporters. 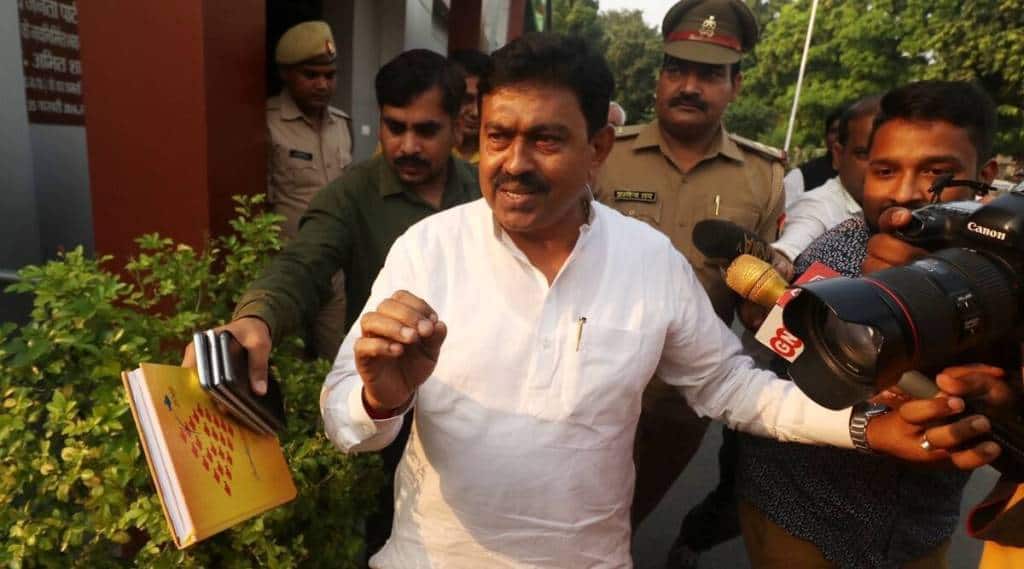 On the first anniversary of Lakhimpur Kheri violence, the Congress on Monday attacked the Modi government over the continuation of Ajay Misra ‘Teni’ as a minister as it cited the alleged involvement of his son in mowing down of farmers protesting against the three farm laws that have now been repealed. “Nothing can be more insulting that the farmers agitating against the black laws were deliberately killed while the culprit remains a member of the Union council of ministers,” Congress general secretary Jairam Ramesh told reporters.

There was clear evidence that the minister’s son was involved in the killing, he alleged. Misra’s son Ashish Misra was arrested in the case after four farmers were crushed under the wheels of a convoy of cars and four others, including two BJP workers, were killed in apparently retaliatory violence.

Also read| Gujarat: Campaigning heats up ahead of announcement of Assembly election dates

Addressing a press conference, Ramesh also hailed Rahul Gandhi’s address to people in Karnataka while heavy rains drenched him as a “defining” moment during the Congress’ ongoing Bharat Jodo Yatra. It was a historic day and shows people’s support to the yatra, he said. The more Gandhi and people are praised for this, the less it will be, he claimed.

Congress delegates who are part of the foot march may vote in the election for the party president through postal ballots, he said, adding there is also a possibility that they can come down to Bengaluru to vote on October 17. The yatra will be passing through Karnataka around that time. Ramesh claimed that popular support to the yatra has rattled the BJP and slammed the Enforcement Directorate’s summons to Karnataka Congress president D K Shivakumar in the National Herald case as continuation of the government’s “vendetta politics”. Every effort will be made to derail the yatra but the Congress will continue with its efforts, he said.

A BJP MP’s alleged suggestion that naxals may be supporting the yatra is also one such attempt, the Congress leader said replying to a question and trashed the charge as “bogus”. Citing people’s support to the yatra in the BJP-ruled Karnataka, he said people want change and see the Congress as a vehicle for this. It was said that the Congress will have difficulty in drawing support in the state but one cannot see it while it is the BJP which is in difficulty now, Ramesh claimed. Karnataka is slated to go to assembly polls in the first half of the next year.

The Congress also launched an app on the Bharat Jodo Yatra. Anyone can join the march by registering through it, he said.Congress president Sonia Gandhi will join the yatra in Mandya on October 6, he said.The Congress president arrived in Mysuru on Monday afternoon for the party’s ongoing Bharat Jodo Yatra in Karnataka. Rahul Gandhi may address a press conference on October 7, he added, saying the former party chief has currently no plan to come to the national capital. October 4 and 5 will be rest days for the yatra due to Dussehra celebrations, Ramesh said.

The Congress also reiterated its support to the Samyukta Kisan Morcha, which had spearheaded the farmers’ agitation against three farm laws, especially its demand for a legal guarantee to the minimum support price for farm produce. Bowing to the protests, the government had scrapped the laws. He accused the government of working to reduce public intervention in agriculture sector to allow more space for private players.