Nobel laureate and Bharat Ratna Professor Amartya Sen, has questioned the demonetisation step and its impact in the country. 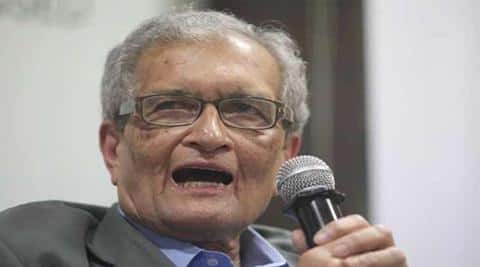 Informing the public suddenly of the decision does not promise anything, he says. (PTI)

Nobel laureate and Bharat Ratna Professor Amartya Sen, has questioned the demonetisation step and its impact in the country. Sen also said that both the idea and the way it was implemented, was similar to a “despotic action” and showed “authoritarian nature of the government”.

Speaking to ‘The Indian Express’ in an interview, Sen who is Thomas W Lamont University Professor and Professor of Economics and Philosophy at Harvard University said that informing the public suddenly of the decision does not promise anything and is a more complex manifestation of authoritarianism, which is allegedly justified by the government just because some of these notes were held by some corrupt citizens in the form of black money as millions of innocent people across the country are made to suffer due to cash crunch.

When asked whether the measure could cause any good for the country, Amartya Sen sen in most likelihood, this will be as much failure for the government as was it’s earlier promise of bringing black money back into rhe country. He added that those people who were equiped to avoid the the trap of demonetisation are the only those who are seasoned dealers in black money and not common men who are facing hardships. While reacting to the government’s claim that pain would eventually result in gain, the professor made it clear that it was wrong to think that all things that are painful, are good.