Yoga guru Baba Ramdev today said the government’s inability to bring back black money stashed abroad is leading to “frustration” among people but claimed there was no rift between him and Prime Minister Narendra Modi. 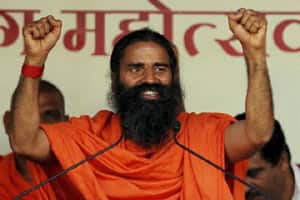 Yoga guru Baba Ramdev today said the government’s inability to bring back black money stashed abroad is leading to “frustration” among people but claimed there was no rift between him and Prime Minister Narendra Modi.

“The biggest black money is in mining, followed, by gold, land, politics and drugs. If we can get hold of the black money in these five sectors it will hugely benefit the economy,” Ramdev said.

Responding to a suggestion that he should also foray into the banking sector, Ramdev said he was “seriously” thinking about it.

He claimed there was no rift between him and Prime Minister Narendra Modi.

“Since last 15 years there has not even been once, where I have had an argument with Modi ji. I speak to Modi ji once in two-three months. If I have to give any opinion over any issue related to the nation then I talk to (Arun) Jaitley ji. I have spoken to him (Jaitley) over the black money issue.

“I speak to Amit Shah ji, senior ministers like Suresh Prabhu ji. So, there was no rift between me and Modi ji, nor will it happen in future. I want nothing from Modi. I just want him to see him as a successful Prime Minister,” Ramdev said.

“It is true that the amount of off shore black money that was expected to be brought back did not come. There is a need to speed up efforts,” Ramdev said while speaking at India TV’s event ‘Samvaad’.

Responding to reports that the government could come out with notes of denomination amounting to Rs 5000 and Rs 10,000, Ramdev said he will put “pressure” on the government against any such move.

“Cash transactions is not traceable and this leads to black money. Notes of higher denomination should stop. The way banking services have expanded, the transactions should be in cheque, card, draft. We will put pressure (on the government) to get this done,” Ramdev said. PTI PR RG 05162231