No more guard of honour for Maharashtra minsters: Devendra Fadnavis 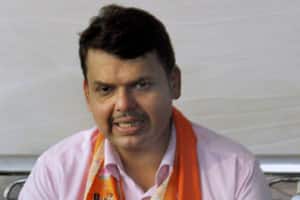 Bharatiya Janata Party (BJP) MLA Ashish Shelar said the chief minister has assured the delegation that those who attacked churches would be nabbed within 48 hours. (PTI)

The Maharashtra government has decided to discontinue the colonial-era practice of according police guard of honour to ministers and top officials during their district-level visits, terming it a “waste of time and resources”.

The directive will also apply to all ministers and senior state officials, a senior official said.

Chief Minister Devendra Fadnavis has asked the state police to discontinue the practice of giving the guard of honour in every district, he visits, “calling it a waste of time and resources”.

Fadnavis had recently asked for cuts in security provided to VVIPs in order to ensure that more personnel were made available for active policing.

The guard of honour for a visiting VVIP is a tradition handed down by the British. The honour was reserved then for Governor Generals and Viceroys.

Currently, the chief minister, his cabinet colleagues, all junior ministers, and even senior state officials are accorded the honour, putting strain on the staff-crunched state police force.

Soon after being sworn in as the chief minister on October 31 last year, Fadnavis had spoken of discouraging the ‘VIP culture’ in the state.