No action against advocates till decision on new rules: Madras High Court

The matter relates to recent amendments introduced by the high court to Section 34(1)of Advocates Act against which various advocates associations took out a rally on June 6. 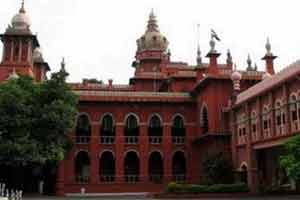 The Tamil Nadu government's argument for renaming Madras HC after the state, instead of Chennai only, is that the court's jurisdiction extends to the entire state. (Image: PTI)

Chief Justice of Madras High Court today said he would not act against lawyers in pursuant to the newly-amended rules of the Advocates Act but he could not prevent Bar Council of India from proceeding against bar associations if they continue agitation and boycott of courts.

When a team of advocates led by the Madras High Court Advocates Association President, R C Paul Kanagaraj, met Chief Justice Sanjay Kishan Kaul and requested him to announce that action would not be taken against the advocates on the basis of amended rules, the CJ said, “I am not here to take action. But if boycott continues, I cannot prevent Bar Council from taking action.”

He also said action would not be taken till suggestions for amendments to Advocates Act are received from the bar on the matter.

“If the High Court Rules Committee has to consider the suggestions of the bar association, the boycott and agitations need to be withdrawn,” he added.

The matter relates to recent amendments introduced by the high court to Section 34(1)of Advocates Act against which various advocates associations took out a rally on June 6.

On June 9, the Bar Council of India had warned that bar leaders in Tamil Nadu would be suspended if they created any disturbance, protesting the amendments to the Advocates Act, despite the offer of the High Court to keep the changes in abeyance.