Soon after Nitish Kumar dropped a political bombshell on the country by resigning from Bihar CM’s post, PM Narendra Modi took to Twitter to congratulate him. 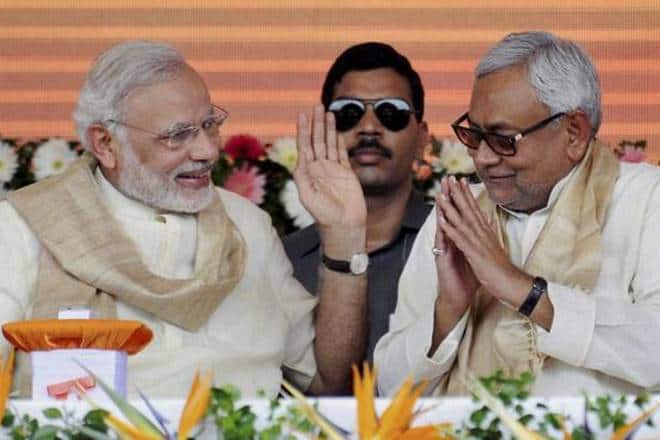 Soon after Nitish Kumar dropped a political bombshell on the country by resigning from Bihar CM’s post, PM Narendra Modi took to Twitter to congratulate him. Bihar Chief Minister Nitish Kumar resigned on Wednesday citing irreconcilable differences with ally RJD on the issue of corruption charges against his deputy Tejashwi Yadav. “In the circumstances that prevail in Bihar, it became difficult to run the grand alliance government,” Kumar told reporters outside Raj Bhavan after submitting his resignation to Governor Keshri Nath Tripathi. Nitish did not rule out taking BJP’s support for forming a new government. “I tried to work it out… I did not ask for anybody’s resignation… I just asked Tejashwi to explain the charges of corruption,” he said. The sudden development throws the politics of Bihar into chaos with no party having a majority in the 243-member Assembly. Kumar’s JD(U) has 71 seats, while RJD headed by Tejashwi Yadav’s father Lalu Prasad, has 80. The BJP has 53.

Here is what PM Narendra Modi tweeted congratulating Nitish Kumar on his resignation:-

Asked if he will now form a government with BJP’s support, Nitish said,”Whatever had to happen has happened. Now see what happens next.”

Kumar, who led the grand alliance that also included the Congress to a stunning victory, was sworn in on November 20 2015.