Looking more dishevelled and dressed in a similar white shirt as his first court appearance last week, the 48-year-old was brought to the dock to be produced before Westminster Magistrates Court Chief Magistrate Emma Arbuthnot and sat behind a glass enclosure as the hearing got underway. 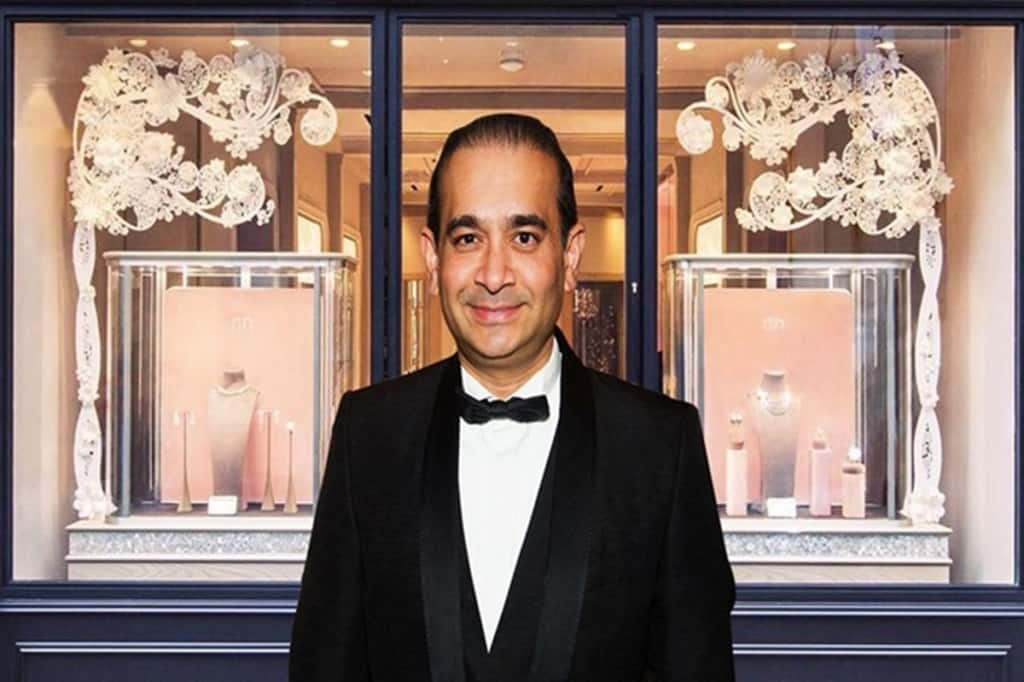 Nirav Modi should not be granted bail because he posed a significant flight risk and had even issued death threats to witnesses related to his fraud and money laundering case, the Crown Prosecution Service (CPS) told a UK court as the fugitive diamantaire appeared for his second bail application hearing in London on Friday.

Looking more dishevelled and dressed in a similar white shirt as his first court appearance last week, the 48-year-old was brought to the dock to be produced before Westminster Magistrates Court Chief Magistrate Emma Arbuthnot and sat behind a glass enclosure as the hearing got underway.

Arguing on behalf of the Indian government, CPS barrister Toby Cadman told Judge Arbuthnot that there was a “substantial risk” that the prime accused in the Punjab National Bank (PNB) fraud to the “amount of between USD 1 and 2 billion”, would flee and attempt to interfere with witnesses and evidence.

“Given the nature and seriousness of charges and the resources available to him… there will be an overwhelming desire to flee the jurisdiction and interfere with the administration of justice,” said Cadman.

Giving details of Modi’s attempt to interfere with witnesses, the CPS barrister made specific reference to one such witness, Ashish Lad, who Modi “threatened to kill in a phone call” and also offered him an incentive of Rs 2 million to provide a false statement.

Nilesh Mistry and three other witnesses were similarly targeted by Modi and mobile phones and a server holding “material critical to the fraud” were destroyed at request of Modi, raising fears of further “destroying of evidence” if bail was granted, the court was told. “Due to the nature of his business he has at his disposal diamonds, gold and pearls,” added Cadman.

The court was also told about Modi’s attempt to attain citizenship in jurisdictions less likely to be willing to extradite him to India, including Vanuatu in the South Pacific Ocean at the end of 2017 on the basis of a USD 200,000 investment. However, Vanuatu citizenship request was declined as a result of the ongoing Indian criminal investigation.

Modi’s defence team, led by barrister Clare Motgomery – who was also the barrister for former Kingfisher Airlines boss Vijay Mallya in his extradition case – opposed the CPS claims of Modi being a flight risk and stressed that in fact Modi sees UK as a “haven where his case will be fairly considered”.

“The size and nature of these allegations is not a safe touchstone by which you can judge if he should be granted bail,” said Montgomery, who claimed a series of “underlying issues” were behind PNB withdrawing insecure lending.

At the very start of the hearing, Judge Arbuthnot said she was getting a sense of “deja vu”, in reference to her having ordered the extradition of Mallya in December last year.
“Do we know which part of India he [Modi] is being sought in,” the judge asked, to try and establish which jail Modi is likely to be held in. She was told by the CPS that it would be an extradition to Mumbai and that he may in fact be held in the same Arthur Road Jail as that prepared for Mallya, to which the judge said in a light-hearted vein that it could even be the same cell as we know “there is space” from the previous video submitted during Mallya extradition trial.

In another throwback to the Mallya trial, Montgomery raised the issue of the state of the paperwork submitted by the Indian authorities, claiming it “made her cry” at one stage. The judge concurred with her and was very firm about proper indexing of all documents to be submitted to the court in relation to the case. Cadman assured the court that the “point had been conveyed” to the Indian authorities.

A three-member joint Central Bureau of Investigation (CBI) and Enforcement Directorate (ED) team from India was present in court and handed over a new file of evidence which was review by the judge before the hearing. Modi is believed to have been living in the UK on an Investor Visa, applied for in 2015 – at a time when the so-called “golden visa” route was relatively easier for super-rich individuals to acquire residency rights in the UK based on a minimum of 2-million pound investment. The greater the level of investment, the faster the process to acquire indefinite leave to remain (ILR).

According to official Home Office data, around 76 Indian millionaires have used this visa category to gain permanent settlement in Britain since 2009, with a peak of 16 Indian applicants in 2013 and seven last year.

The UK government has since tightened the criteria for the category over concerns of its misuse for money laundering purposes. Under reforms unveiled earlier this year, applicants must now prove that they have had control of the required investment for at least two years, rather than 90 days, or provide evidence of the source of those funds.
Modi had been denied bail by District Judge Marie Mallon at his first hearing soon after his arrest by Scotland Yard officers from a central London bank branch as he tried to open a new bank account and has been in custody at HMP Wandsworth prison in south-west London since then.

During his first court appearance, it emerged that the diamantaire accused of defrauding PNB via fraudulent Letters of Undertaking (LoUs) had been in possession of multiple passports, since revoked by the Indian authorities.