However, even as Modi assured farmers that the Centre would continue to procure at MSPs, the Punjab government has already passed three Bills to reject the Centre’s Bills. 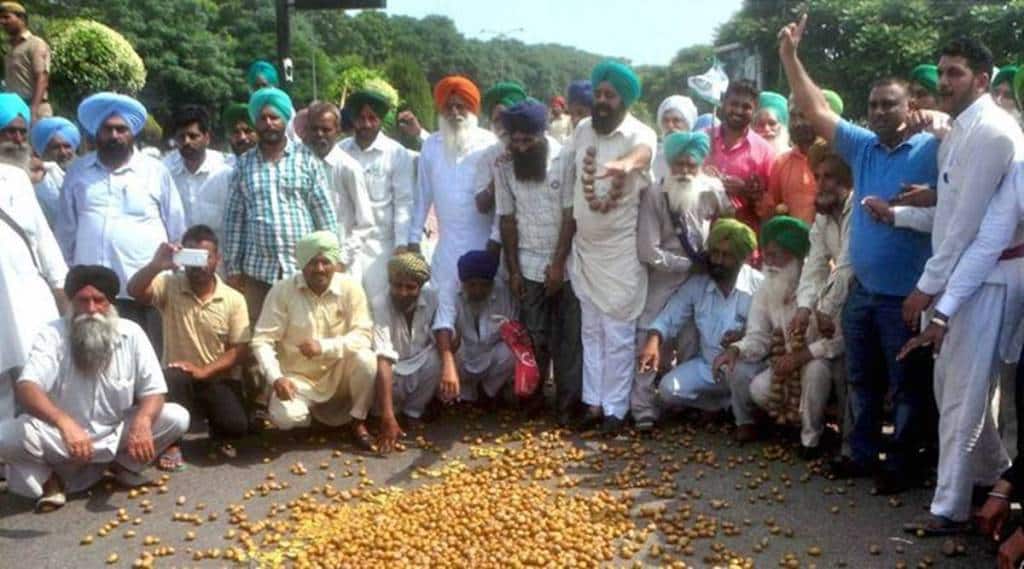 Prime Minister Narendra Modi has already made it clear that the MSP system would continue.

Farmers from Punjab have taken their protests against the Centre’s agriculture Bills to the national Capital, and not without a reason.

For decades, a deadly combination of a distorted procurement system of the Centre, extravagant electricity subsidies of the Punjab government and generous credit disbursement by mostly public sector banks has only served to mollycoddle the state’s farmers, often at the cost of their counterparts elsewhere.

So, any move that threatens to even remotely undermine this privilege is bound to irk at least the elite in Punjab’s farming community, while its political dispensation would avoid antagonising the mandi lobby because their networks enrich the state coffers, through compulsory levies collected from the Centre’s grain procurement agencies.

Now, picture this: As much as 26% of the Centre’s grain (wheat and rice) procurement this marketing year is from Punjab, although it contributed just 13% to the pan-India output. More than 90% of Punjab’s wheat and rice output in the 2019-20 crop year (July-June) was procured by the Centre at minimum support prices (MSPs), while government purchases were much less in all other states, barring Haryana. Only 44% of the paddy produced in the country was procured by the government agencies in 2019-20, whereas wheat procurement in Uttar Pradesh, a major producing state, was just 10% of its output. Needless to say, for most part of the year, mandi prices have remained below the MSP.

Punjab’s electricity subsidy for farmers was as much as 1.1% (Rs 5,670 crore) of its nominal gross state domestic product in FY19, while the country’s stood at just over 0.5% of GDP, excluding the interest on late payment. The state’s power subsidy has since risen by 13% on year to Rs 6,402 crore in FY20 and is now estimated to touch Rs 7,180 crore in FY21.

The Punjab State Farmers’ and Farm Workers’ Commission, set up by the current state government, too, flagged certain peculiarities in 2018. According to its report, while the total short-term credit required in Punjab, based on its roughly 10 million acres of cultivated land, is estimated at Rs 24,000 crore per season, the crop loan outstanding of all banks in the state is around Rs 60,000 crore. The state has about 26 lakh farmers, while banks together have issued more than 40 lakh Kisan Credit Cards. Over a period of 11 years (2004-05 to 2015-16), the credit offtake has risen by around 8 times whereas production increased only 1.11 times.

While the report raised concerns about the quality and use of credit, and the inadequacy of a monitoring system, the data presented by it unmistakably point at the vast access the state’s farmers have to the formal credit channels.

Citing a Niti Aayog analysis last year to push for a tighter scrutiny of loans, a top finance ministry official had told FE that crop loans to Chandigarh stood at 1,997% of the Union territory’s cost of production (which comprises cost of farm inputs and that of hired labour) in FY18, while those to Punjab were to the tune of 159%. In contrast, Jharkhand received crop loans of only 11% of the costs, West Bengal 17%, Maharashtra 32%, Bihar 33% and Uttar Pradesh 42%. At the aggregate level, crop loans were to the tune of 72% of the costs. Of course, some other states and Union territories (Kerala, Himachal, Tamil Nadu and Delhi), too, cornered a high share of crop loans.

As for procurement in Punjab, it continues to be wholly routed via APMC mandis. FE has already reported that the state levies an aggregate tax of 8.5% of the MSP at which the FCI and other agencies buy grains. This is against the pan-India average of 6% of MSP. The state alone collected Rs 1,750 crore, out of Rs 8,600 crore collected across India as mandi fees alone, of trade in all farm commodities in FY20.

Of course, as procurement of wheat in Madhya Pradesh and paddy in Chhattisgarh, Odisha, Andhra Pradesh and Telangana has increased in recent years, Punjab’s relative share has declined a bit, though in terms of absolute volume, it is around the same level in the last four years.

Before the launch of the goods and services tax (GST), various levies paid by the FCI added up to as much as 13% of the MSP paid to farmers on a pan-India basis. The levies ranged from a relatively modest 3.6% in Rajasthan to 11.5% in Haryana, 14.5% in Punjab and 13.5% in Andhra Pradesh, the major producers of grains.

The agriculture marketing reforms through the two new Bills passed by Parliament is expected to help the Centre reduce the tax burden on it on account of the Food Security Act/PDS, if FCI and other agencies start procuring at the market rates circumventing the mandis.

Prime Minister Narendra Modi has already made it clear that the MSP system would continue. Stating that the current laws tied the hands of farmers, he has said the reforms would enable them to be self-sufficient with access to multiple buyers.

However, even as Modi assured farmers that the Centre would continue to procure at MSPs, the Punjab government has already passed three Bills to reject the Centre’s legislation.

(With inputs from Prasanta Sahu and Anupam Chatterjee)