The association on Saturday had said, its members will be forced to go for “mass resignation” from services if their demands bare not met at the earliest. 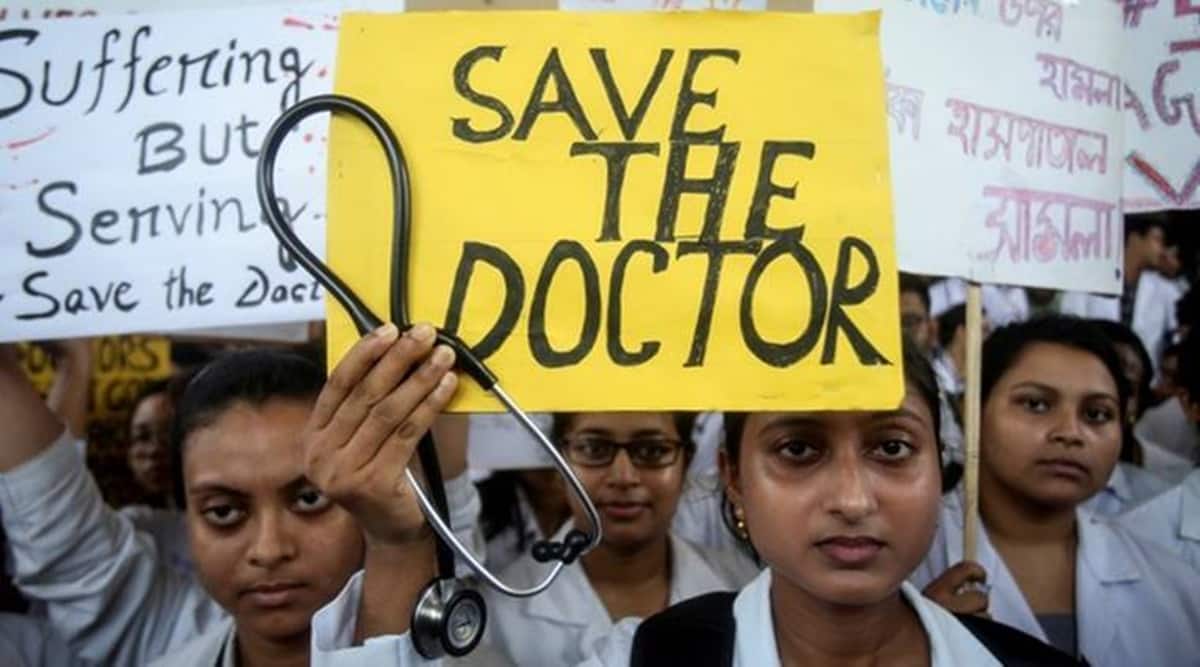 The Federation of Resident Doctors' Association (FORDA) has been spearheading the protest for the last several days. (File)

Intensifying their stir over the delay in NEET-PG 2021 counselling, scores of resident doctors in Delhi on Monday symbolically “returned their lab coats”, and took out a march in the streets.

As the protest continued, patient care remained affected at three Centre-run facilities — Safdarjung, RML and Lady Hardinge hospitals — and some of the Delhi government-run hospitals.

The Federation of Resident Doctors’ Association (FORDA) has been spearheading the protest for the last several days.

FORDA president Manish claimed that resident doctors of a large number of major hospitals on Monday “returned their apron (lab coat) in a symbolic gesture of rejection of services”.

“We also tried to march from the campus of the Maulana Azad Medical College (MAMC) to Supreme Court, but soon after we had started it, security personnel did not allow us to proceed,” he said.

FORDA, in its Twitter handle, also showed police personnel and protesters grappling with each other, with a police bus seen in the background.

However, police denied any allegations of lathicharge or use of abusive language from their end, and said 12 protestors were detained and released later.

They said for over six to eight hours, the protestors blocked the ITO road. Repeated requests were made to them to move away from the spot, but they continued to jam the road. Later, both the carriageways of the ITO Marg were also blocked by the protestors, according to the police.

“We spoke to the association members and tried to sort out the issue, but they continued to block the roads,” a police official said.

According to police, while the protestors were being removed from the roads, they tried to tear the uniform of the police personnel. They even broke the glasses of police vehicle and misbehaved with the forces.

“We returned ‘taali, thali’ and flowers symbolically and burnt ‘diyas’ and today we also returned our apron, which is the symbol of our medical service. But, we have not heard anything from the government authorities, so our protest will continue,” Manish said.

The association on Saturday had said, its members will be forced to go for “mass resignation” from services if their demands bare not met at the earliest.

Scores of resident doctors had on Saturday also lit up ‘diyas’ to register their protest here, even as patient care remained affected at various facilities in the city.

On Wednesday, a large number of doctors had protested outside the Nirman Bhawan, which houses the office of the Union health ministry, and then late evening that day they had assembled on the premises of MAMC and lit up ‘diyas’ and marched around.

MAMC comes under the Delhi government and three facilities, including the LNJP Hospital, are attached to it.

Last Tuesday, a group of doctors had thrown flowers on security barricades, and clanged utensils and clapped in front of the Nirman Bhawan here, saying they were symbolically “returning” the adulation showered on them for being Covid warriors.