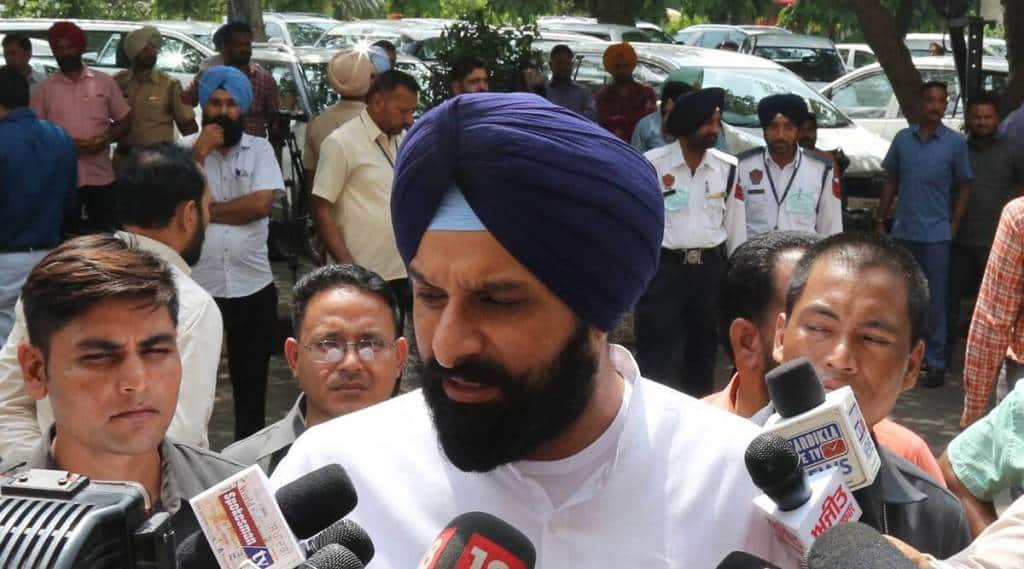 Majithia is currently lodged at the Patiala Central Jail for his alleged involvement in the drugs case. (File photo: IE)

Senior Shiromani Akali Dal leader Bikram Singh Majithia was on Wednesday granted bail by the Punjab and Haryana High Court in a case registered against him under the Narcotic Drugs and Psychotropic Substances (NDPS) Act in December 2021.

The order in the case was reserved by the division bench of Justices MS Ramachandra Rao and Sureshwar Thakur on July 29.

Majithia is currently lodged at the Patiala Central Jail for his alleged involvement in the drugs case. He had moved the High Court seeking regular bail after being asked by the Supreme Court to do so. Majithia had first approached a Mohali court seeking to quash the FIR registered against him in February. The plea was, however, rejected. Having received no relief from the district court, Majithia then moved Supreme Court, but faced disappointment again when on May 11, the apex court refused to entertain the plea and asked him to instead approach the High Court.

Majithia then moved the Punjab and Haryana High Court seeking bail in the case. In his plea, Majithia submitted that the case against him was “blatantly political” in nature and was registered with a “malafide objective” to target him barely one month before the Punjab assembly elections.

“The then Congress-led government has left no stone unturned to misuse its power and position for wreaking vengeance against its political opponents and the petitioner is such target,” Majithia’s bail plea stated.

The erstwhile Punjab government, while opposing the bail plea, had stated that it required more information from within and beyond India to ascertain the backward and forward linkages, including financial transactions of the fugitive accused persons closely associated with Majithia.