Meanwhile, senior advocate Vikas Singh contended that the ongoing construction activity in connection with the Central Vista project was also adding to the air pollution in Delhi. He asked the court to issue directions to stop it. 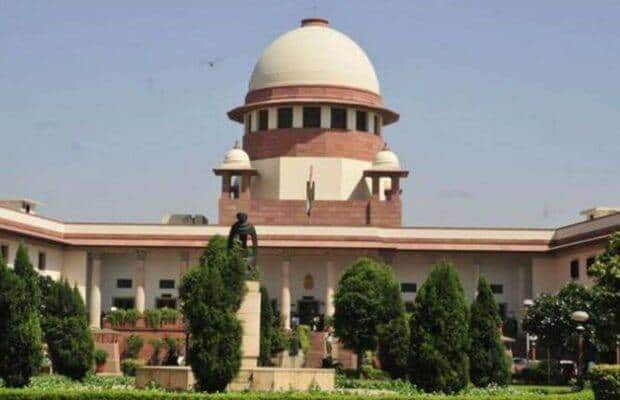 Expressing concern over rising air pollution in the National Capital Region (NCR), the Supreme Court on Monday hinted at setting up an independent task force if the states concerned failed to implement the measures suggested by the Centre and the Commission for Air Quality Management.

A Bench led by Chief Justice N V Ramana directed governments of Delhi, Haryana, Uttar Pradesh and Punjab to immediately comply with all the directions issued by the Commission in NCR. The apex court also sought compliance reports from all the states while posting the matter for further hearing on Thursday.

Observing that state governments weren’t implementing measures despite having a good intent, the judges questioned Solicitor General Tushar Mehta about the work being done by the Commission for Air Quality apart from forwarding court orders to states.

“All directions and advisories have been issued and authorities hope all will be good, but, on the ground, the result is zero,” the Supreme Court said, adding, “We need strict compliance with the measures already directed by the Centre.’’

The Solicitor General said the Centre has been working since September to find a solution to Delhi’s pollution problem, and it is not correct to assume that the government only wakes up when things get much worse around Diwali.

While the Punjab government submitted that various states had agreed to buy paddy stubble for use as fodder as suggested by the apex court as an alternative in previous hearings, the apex court noted that the Commission had been giving orders to states since June to curb air pollution.

However, the state government sought a “golden handshake” from the Centre to subsidise transport of paddy stubble, as the costs were prohibitive which the state was ready to bear.

Meanwhile, senior advocate Vikas Singh contended that the ongoing construction activity in connection with the Central Vista project was also adding to the air pollution in Delhi. He asked the court to issue directions to stop it.

The Bench then asked Tushar Mehta to explain what steps were taken to curb air pollution caused by the project in Delhi. “We’re struggling how to control air pollution in Delhi, whether it’s Central Vista or anything else. We don’t think we don’t know anything. Don’t flag certain issues to divert attention. Solicitor General will have to reply on this,” the CJI said.