Congress is yet to decide against whom he will be standing against and from which constituency. Till January 13 his name was missing from Congress’ third list of candidates. 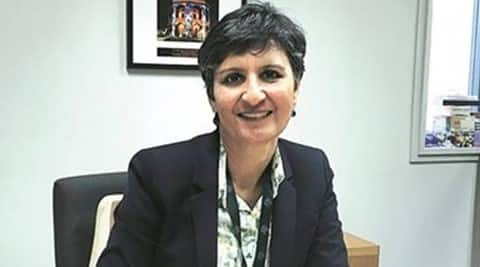 Former BJP lawmaker, Navjot Singh Sidhu is now a member of Congress, Punjab Congress President Capt Amarinder Singh announced on Sunday. Sidhu met Congress Vice president Rahul Gandhi on Sunday, according to report in ANI. Amarinder Singh has put his wish forward that he would like Sidhu to contest elections against Shiromani Akali Dal’s Sukhbir Singh Badal from Amritsar East constituency for the Punjab Assembly polls scheduled on February 4, said reports. He tweeted, “Beginning of a new inning. On the front foot. Punjab, Punjabiyat & every Punjabi must win.”

“Beginning of a new inning. On the front foot. Punjab, Punjabiyat & every Punjabi must win !!!,” Sidhu said.

Beginning of a new inning. On the front foot…….. Punjab, Punjabiyat & every Punjabi must win !!! pic.twitter.com/up0WzzoaxJ

An ex MP from holy city of Amritsar joining party, family that attacked Darbar Sahib in the absence of Punjab leaders!! @sherryontopp

Navjot Kaur, Sidhu’s wife said that she will campaign for her her husband. She had also declared on Thursday that Sidhu will be joining Congress in a day or two after this meeting with Gandhi. The cricketer-turned-politician has created confusion amongst opposition and public regarding which party he is going to join. On Sunday Congress called out his name after a meeting of its central election committee headed by Sonia Gandhi.

Sidhu has strong competition not only Akali Dal but also AAP in Punjab this year. Sidhu quit BJP last year in Septemberwas annointed at New Delhi and now will be heading to Amritsar to file his nomination papers. Congress is yet to bring out names of the remaining 17 seats for Punjab elections for the 117-member assembly. The assembly polls are due on February 4.