The rare gesture from Narendra Modi for Jawaharlal Nehru is in contrast with the prime minister and BJP’s stand against him in the recent years. 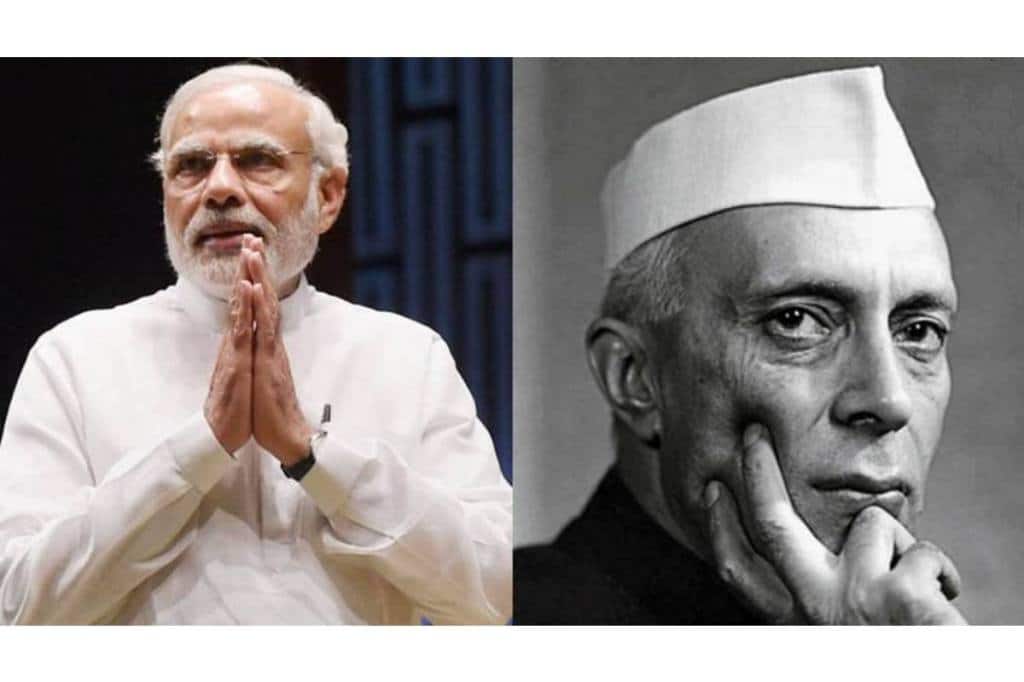 The rare gesture from Narendra Modi for Jawaharlal Nehru is in contrast with the prime minister and BJP’s stand against him in the recent years. (Express Photo)

“Be it Nehru-ji, the first Prime Minister of India, Sardar Patel, who turned the country into a united nation or Babasaheb Ambedkar, who showed India the way to the future, the country is indebted to all of them,” he said in his address to the nation from the ramparts of the Red Fort

The rare gesture from Modi for Nehru is in contrast with the prime minister and BJP’s stand against him in the recent years when the first prime minister’s policies and decisions have been a fodder for the saffron party’s attack on the Congress.

Speaking in Parliament in February 2018, during the reply to the Motion of Thanks to the President’s address, PM Modi has said that the entire Kashmir would have remained with India had Sardar Vallabhbhai Patel been the first prime minister, instead of Nehru.

Post the abrogation of Article 370, it was home minister Amit Shah who was launched a scathing attack on Nehru. “In 1948, India went to the United Nations. That was a Himalayan blunder. It is more than a Himalayan blunder,” he said, speaking of Nehru’s contentious decision on the matter.

Late Arun Jaitley too had blamed Nehru for backing China’s claim for a seat in the United Nations Security Council over India’s.“The original mistake, both on Kashmir and China, was committed by the same person,” he had said, while quoting a letter by Nehru to chief ministers on August 2, 1995.

Another narrative the BJP has used to criticise Nehru is its allegation of how the Congress governments ignored Subhash Chandra Bose. In 2018, speaking at an event to mark the 75th anniversary of ‘Azad Hind Sarkar’, PM Modi said that while the previous governments tried to obliterate Bose’s contribution to the Indian freedom struggle, his government was changing that.