PM Modi in Shimla LIVE: The visit, which comes after 4.5 years, will also sound the BJP’s poll bugle in the state where it tends to retain power for a second straight term. 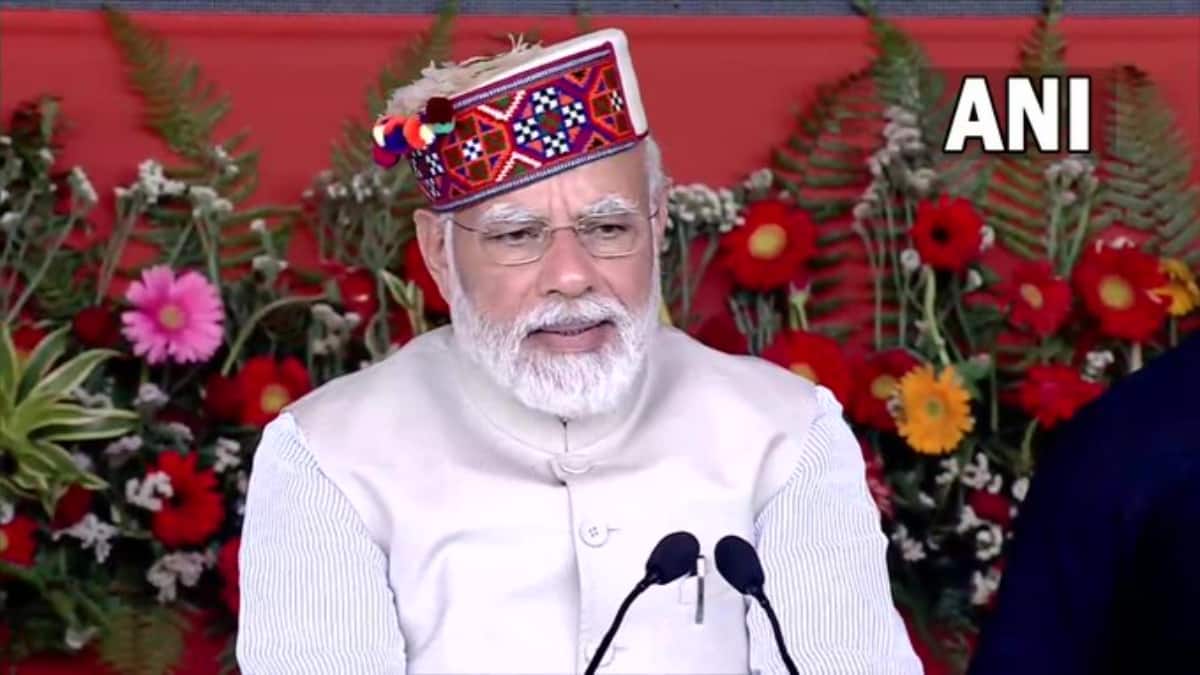 PM Modi Himachal Pradesh Visit Live News, Narendra Modi in Shimla Live News: Prime Minister Narendra Modi arrived in Shimla today where he received a warm welcome as people showered flower petals on his cavalcade, which was on its way to Ridge Maidan. He addressed the Garib Kalyan Sammelan and virtually interacted with beneficiaries of 16 government schemes from across the country. The prime minister will be holding a roadshow and addressing a rally here to mark the eighth anniversary of his government.

As per the schedule, PM Modi will virtually interact with all the CMs of states from the historic Ridge. He will later address a public meeting, which is likely to see participation of over 5,000 party workers from there. State BJP general secretary Trilok Jamwal said the prime minister’s roadshow will cover the half-a-kilometre distance from CTO to Rani Jhansi Park.

Vote bank politics has happened in our country for decades. The politics of creating your own vote bank has done a lot of damage to the country. We are working to build a new India, not a vote bank: PM Modi

Our schemes for service, good governance and welfare of the poor have changed the meaning of government for the people. Now government is not the master, it is a servant: PM

Prime Minister Narendra Modi says headlines before 2014 used to be on 'bhai-bhatijawad', loot and graft.

Prime Minister Narendra Modi addresses rally at Ridge Maidan in Shimla, says crores of farmers have benefitted from the beneficiary schemes launched by his government.

Under PM Modi's leadership, we have recovered from the Covid crisis. The double engine govt in Himachal Pradesh has tried to work for the development of the state in the last 4 years. With your blessings, we will form our government again in Himachal Pradesh: HP CM Jairam Thakur

11:50 (IST) 31 May 2022
Relationship between PM and people of Himachal very strong: Jairam Thakur

We are fortunate enough that Prime Minister Narendra Modi is coming to Himachal Pradesh's Ridge Maidan after a glorious performance of 8 years of BJP in power. We are excited to welcome him: Himachal Pradesh CM Jairam Thakur, in Shimla

The latest visit comes ahead of the state assembly elections, scheduled to be held later this year. The prime minister will nearby sound the BJP’s poll bugle in the state where the party faces anti-incumbency and a two-front challenge from the Congress and Aam Aadmi Party.

PM Modi will also participate in the ‘Garib Kalyan Sammelan’ in Shimla, marking the completion of eight years of his government, and will directly interact with the beneficiaries of different schemes.

The programme conceptualises elected public representatives across the country directly interacting with the public in an endeavour to get feedback about the various welfare programmes being run by the government, the Prime Minister’s Office (PMO) said in a statement on Monday.