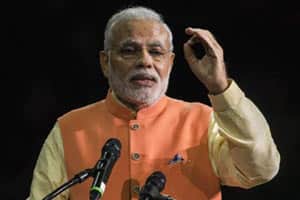 The PM Narendra Modi-led government has released in the public domain a religion-based census, which reveals that Muslim population in India has grown by 24 per cent between 2001 and 2011 against national average of 18 per cent with the community’s representation rising to 14.2 per cent from 13.4 percent of total population.

The last time religion-based data was released in the country was in 2004, which was a record of figures till 2001.

Among all states in the country, Jammu and Kashmir has the highest Muslim population (68.3 per cent), followed by Assam (34.2 per cent) and West Bengal (27 per cent), according to the census data on the population of religious groups.

The most rapid rise in the share of Muslims in the total population was witnessed in Assam. Muslims constituted 30.9 per cent of the state’s population in 2001 and it has risen to 34.2 per cent a decade later. Assam has been facing the problem of illegal immigration from Bangladeshi for last three decades.

A Home Ministry spokesperson said the data is still being compiled by the Registrar General of Census and will be released officially shortly.

Manipur is the only state where the percentage of their population has decreased — from 8.8 per cent to 8.4 per cent.

The Registrar General and Census Commissioner, under the Home Ministry, had compiled the data by March 2014, but the previous UPA government held back the release.

Among the Union Territories, Lakshadweep has the highest Muslim population — 96.2 per cent.

Such statistics, experts said, is released within three years of data collection and being 2015, that time-limit has already been exceeded.