“All outstanding issues should be resolved in the spirit of mutual trust and friendship,” Nepal’s ex-PM added in his remarks during the meeting. 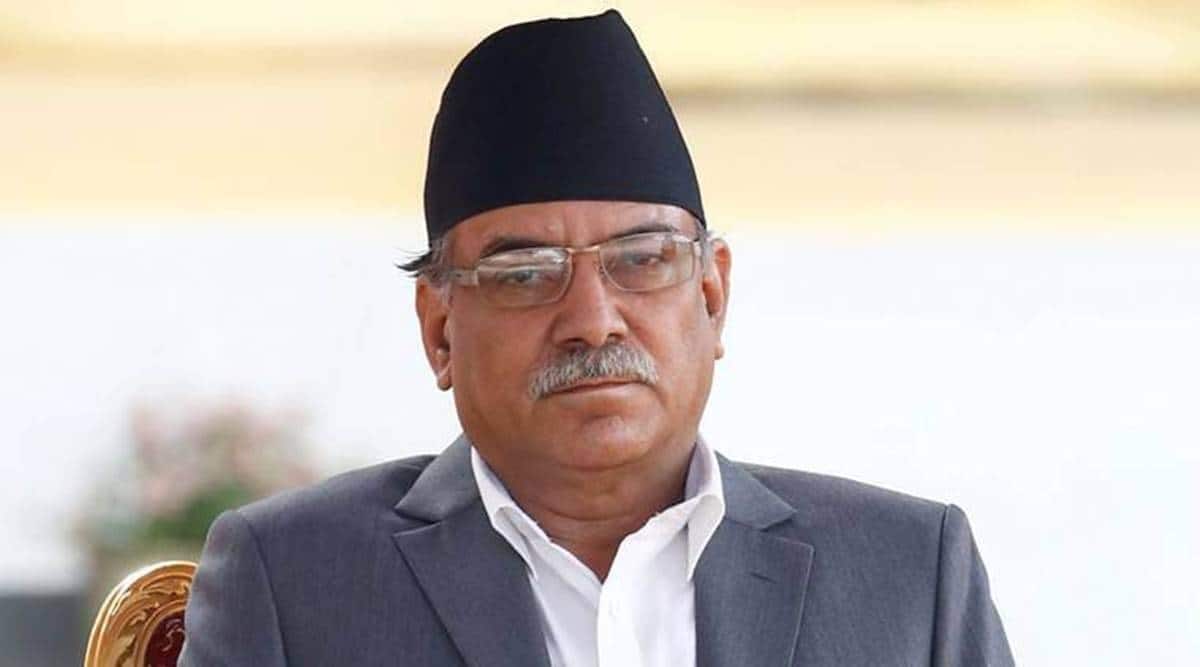 Nadda also took Prachanda on to a tour of the five-storied BJP headquarters.

Former Nepal prime minister Pushpa Kamal Dahal ‘Prachanda’ Sunday met BJP president J P Nadda at the party’s headquarters, as they discussed ways to further deepening the ties between their parties and the two countries. The Communist Party of Nepal (Maoist Centre) chairman noted that his party and the BJP have different ideologies but a common objective which is to uplift the poor section of society, according to a BJP statement. He expressed concern over Nepal’s trade deficit with India and said it needs to be addressed.

“All outstanding issues should be resolved in the spirit of mutual trust and friendship,” he added in his remarks during the meeting where External Affairs Minister S Jaishankar was also present. He underlined hydropower and tourism as two important pillars of Nepal’s economy, and appealed to the Indian government and private sector in India to cooperate with his country in these two sectors. He lauded India for also buying power from Nepal, and for extending support to his country during the earthquake and the Covid pandemic. In his comments, Nadda said Nepal has always been at the centre of India’s ‘neighbourhood first’ policy.

The recent visit of Nepalese Prime Minister Sher Bahadur Deuba to Delhi and Prime Minister Narendra Modi’s trip to Lumbini have further strengthened the relationship between the two neighbours, he said. Now, the visit of Prachanda to the BJP headquarters is a major milestone in the growing relationship between the two major political parties, he said. He said through “Know the BJP” initiative, his party has been cementing ties with all major political parties across the world. “Our objective is to use the party-to-party ties to strengthen the bilateral relations,” he said, adding Prachanda’s visit will further improve the connection between the two countries and societies.

The BJP president said his party is ready to promote deeper linkages between the BJP and the Communist Party of Nepal (Maoist Centre) at multiple levels, and would be happy to welcome a delegation of its young leaders to India soon.The Communist Party of Nepal (Maoist Centre) chairman, who was accompanied by his daughter Ganga Dahal, was on a visit to India on Nadda’s invitation. The BJP leader tweeted later, “We had fruitful discussions over strengthening & deepening ties between India & Nepal, especially our age old cultural & people to people bond. We also discussed ways to further party to party cooperation.”

The saffron party has launched “Know the BJP’ initiative as part of its outreach to foreign countries, and Nadda has been interacting with diplomats and leaders of various countries. Nadda also took Prachanda on to a tour of the five-storied BJP headquarters. The former Nepalese PM also met the farmers’ leaders who had assembled at the BJP headquarters to felicitate Nadda for the nomination of Jagdeep Dhankhar as the ruling alliance’s vice presidential candidate.