Muslim woman donates her savings for Hajj to RSS-affiliate

Hajj is the annual Islamic pilgrimage to Mecca in Saudi Arabia, the holiest city of Muslims. 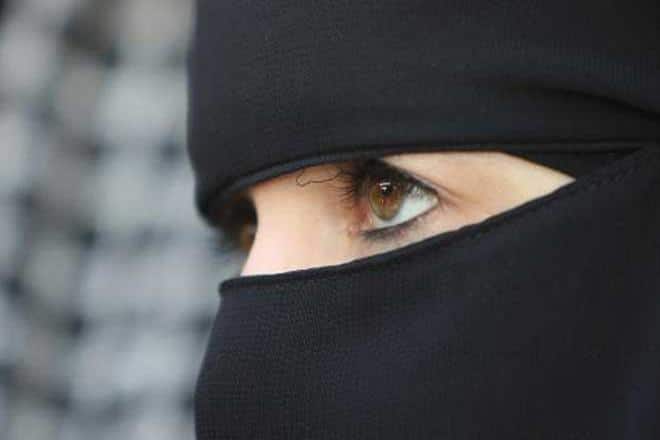 Khalida Begum, 87, who saved Rs 5 lakh for Hajj, was forced to defer her plans for the pilgrimage due to the lockdown. (Representational image: AP photo)

A Muslim woman from Jammu and Kashmir has donated her savings of Rs 5 lakh, meant for the Hajj pilgrimage, to the RSS-affiliated ‘Sewa Bharati’ after apparently being “impressed with the welfare work” done by the outfit amid the lockdown due to the novel coronavirus pandemic. Khalida Begum, 87, who saved Rs 5 lakh for Hajj, was forced to defer her plans for the pilgrimage due to the lockdown.

Hajj is the annual Islamic pilgrimage to Mecca in Saudi Arabia, the holiest city of Muslims. “Khalida Begum ji was impressed with the welfare work done by the Sewa Bharati in Jammu and Kashmir during the tough time the country is passing through due to sudden outbreak of COVID-19 and decided to donate Rs 5 lakh to the organisation,” Arun Anand, head of RSS media wing Indraprastha Vishwa Samvad Kendra (IVSK), said.

The woman wants that this money should be used by the community service organisation Sewa Bharati for the poor and the needy in Jammu and Kashmir. She had saved this amount for performing Hajj, plans for which she deferred due to the present situation, Anand said. “Khalida Begum ji was among the first few women in Jammu and Kashmir who got educated in a convent. She is the daughter-in-law of Colonel Peer Mohd Khan, who was president of the Jana Sangh,” he said.

Jana Sangh was also an associate of RSS and later became the Bharatiya Janata Party. Anand said despite her age, she had been very active in welfare works for the women and the downtrodden in Jammu and Kashmir. Her son, Farooq Khan, a retired IPS officer, is presently serving as an adviser to the Jammu and Kashmir Lieutenant Governor.

Meanwhile, since the lockdown was announced, Sewa Bharati volunteers across the country have been providing food and other essential items to the needy. The Sangh-affiliate’s volunteers were seen on Saturday managing crowd and providing food to them at the Anand Vihar bus terminal in Delhi.

Follow us on
Latest News
SIDBI’s 59-min MSME loan scheme: Loans sanctioned jump 3.2% only as of Nov from year ago; disbursals up 2.6%, shows govt data
Will Lula’s Brazil be a game changer at COP27?
VIL rolls out its Vi shops in five cities across India
Tirupati temple’s assets worth over Rs 2.5 lakh crore
Himachal Pradesh Elections: Amit Shah pitches for Uniform Civil Code in state
Congress releases 22-point ‘charge sheet’ against Gujarat BJP govt ahead of Assembly polls
Transformation of digital marketing due to AI
Photos
Dazzling & Astounding! Proposed design of the to-be redeveloped Dakaniya Talav Railway Station in Rajasthan-PHOTOS
23 hours agoNovember 5, 2022
Heart-wrenching! Here is a look at Morbi and the suspension bridge that collapsed
6 days agoOctober 31, 2022
In Pictures: PM Modi in Kargil to celebrate Diwali with soldiers, says, ‘All of you have been my family for years now’
2 weeks agoOctober 24, 2022
Read More
×
Will save people of Gujarat from deceit of BJP’s ‘double engine’: Rahul
PM undermining basis of constituency-based parliamentary democracy: Chidambaram
UCC, sops for women, farmers in BJP’s push for retaining power in Himachal
After bridge tragedy, poll equations may change in BJP stronghold of Morbi Assembly seat in Gujarat: Analysts
Gujarat Assembly Elections 2022: AAP releases tenth list of candidates for state polls; 139 candidates announced by party so far
Assembly by-poll results: ‘We have made a dent in BJP’s core votes,’ says Tejashwi Yadav