Locals informed the fire brigade personnel that around 20-22 people were trapped under the debris, when they reached the spot after receiving a call about the incident, the official said. 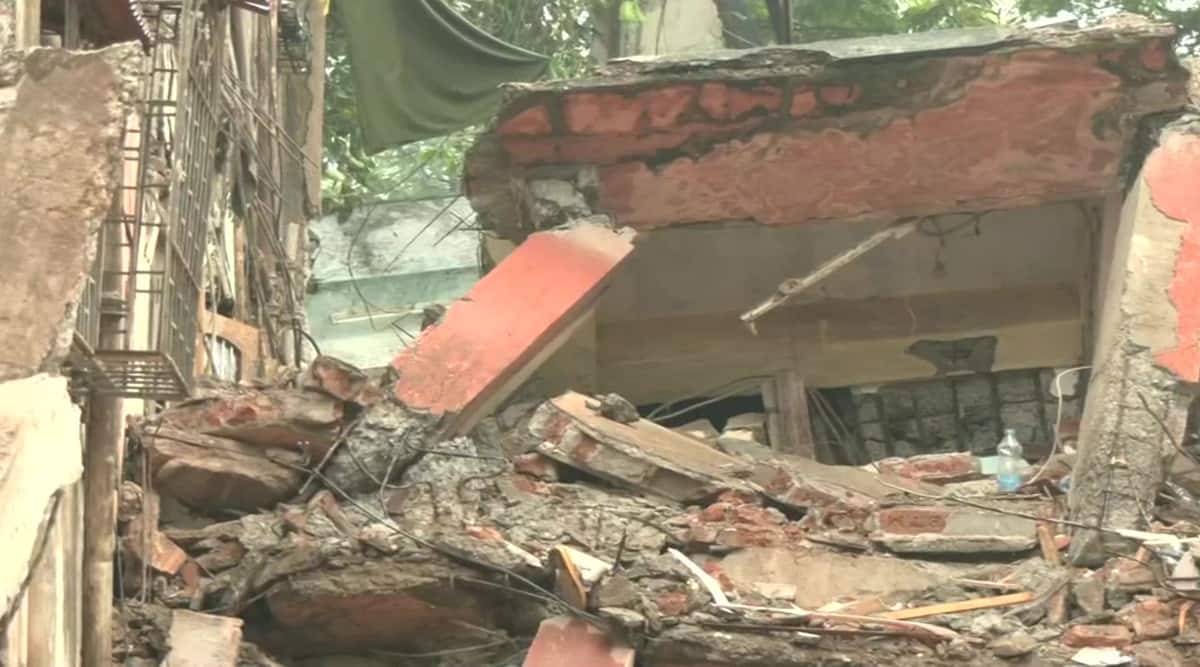 A wing of the residential building, located in Kurla's Naik Nagar Society, collapsed around midnight, the official said, adding the connected wing was likely to collapse. (Photo source: ANI)

A 30-year-old man died and 11 others were injured after a four storey building collapsed in Mumbai, a fire brigade official said on Tuesday. A wing of the residential building, located in Kurla’s Naik Nagar Society, collapsed around midnight, the official said.The injured were shifted to civic hospitals in Ghatkopar and Sion. The man, among those brought to Rajawadi hospital at Ghatkopar, was declared dead on arrival.

Around a dozen fire engines were deployed at the spot besides two rescue vans and other fire brigade equipment, the official said.