MP election 2018: Underlining that Congress is traditionally weak in urban areas, Singh said that Madhya Pradesh is predominantly a rural-dominated state where the ratio of rural-urban assembly constituencies is almost seven to three. 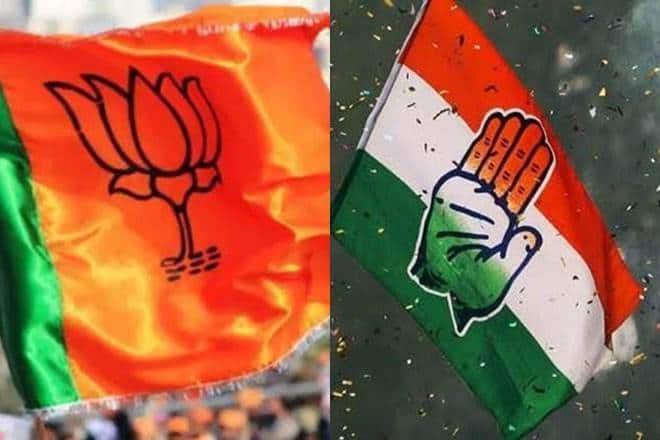 Madhya Pradesh election: Underlining that Congress is traditionally weak in urban areas, Singh said that Madhya Pradesh is predominantly a rural-dominated state where the ratio of rural-urban assembly constituencies is almost seven to three.

Madhya Pradesh election: The Congress party is pinning its hopes on the twin factors of anti-incumbency and a divided Bharatiya Janata Party (BJP) to reclaim the throne in the Madhya Pradesh prestige battle. Faced with criticism over reports of infighting, Congress leader and former Madhya Pradesh Chief Minister Digvijaya Singh has claimed that infighting within the BJP would help Congress win by “a majority”.

Terming the incumbent ruling dispensation as a “corrupt government”, Singh told Hindustan Times that there is a strong sense of anti-incumbency against BJP and Chief Minister Shivraj Singh Chauhan, ministers and legislators in the state. Underlining that Congress is traditionally weak in urban areas, Singh said that Madhya Pradesh is predominantly a rural-dominated state where the ratio of rural-urban assembly constituencies is almost seven to three.

Ahead of the Madhya Pradesh polls there were reports that chief of the campaign committee of the Madhya Pradesh Congress Jyotiraditya Scindia and coordination committee chief for the Madhya Pradesh assembly election Singh were at loggerheads over ticket distribution and preferences of candidates.However, Singh also refuted the reports of alleged rift among Jyotiraditya Scindia, state Congress chief Kamal Nath and him. Singh also said that there is a good co-ordination among legislature party leader Ajay Singh and former PCC chiefs Arun Yadav, Kantilal Bhuria and Suresh Pachauri.

Situation in BJP ranks is reportedly not a rosy one. According to Indian Express report, several veteran leaders have raised reservations over distribution of tickets. They were also miffed over not being chosen as candidates for the upcoming polls.

Singh claimed that Congress will do well in areas in Reva, Gwalior, Morena and Sagar and exuded confidence that BSP supporters will also back the century-old party in the assembly polls on November 28. Accusing BJP of pursuing communal agenda to polarise the election, he said that he was informed that there will be an “agrah” ally in Ayodhya days ahead of the polling day in Madhya Pradesh. He also claimed that BJP was also planning to broadcast on all national and regional channels. Singh asserted that the Congress should raise the matter with the Election Commission and seek a ban on broadcast in poll-bound states.

The Vishwa Hindu Parishad had Saturday announced that it would organise rallies on November 25 in Ayodhya, Nagpur and Bengaluru. A meeting to discuss preparations for these rallies was also held at RSS’s Smriti Mandir at Reshimbagh in Nagpur on Saturday which was attended by hundreds of RSS, VHP and Bajrang Dal workers. The Shiv Sena announced its plans to visit Ayodhya on November 25.

Rejecting the BJP’s charge that Congress was pursuing ‘soft-Hindutva’, Singh said that issues that pertain to the Hindu community would be a mere “five per cent” of what its manifesto covers.