Mayawati’s financial wealth grew by 50 times between 2003 and 2007. A WikiLeaks release of a US diplomatic cable noted that the rate to ‘acquire’ a BSP ticket for the 2009 Lok Sabha elections was around $2.5 lakh. 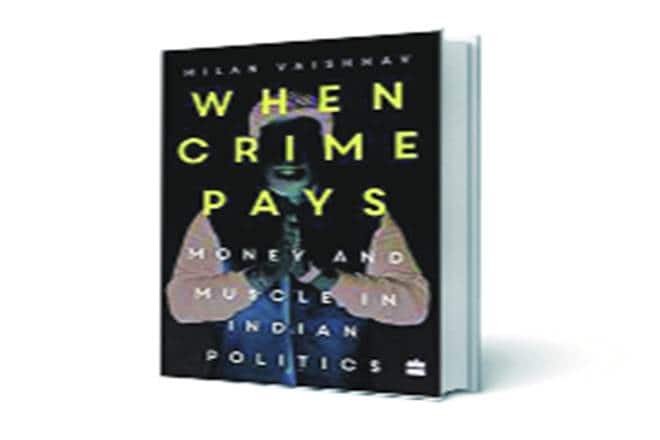 On a night of May 2014, days before the Lok Sabha polls, a bewildered Dalit man entered a palatial haveli in Mohammadabad town of Ballia district in eastern UP. His eight-year-old daughter had been raped, but the police were refusing to file a complaint. Seated on a sofa, Sibgatullah Ansari dialled a number, talked to the cops, seeking immediate action, and dished out a `500 note to the man. “Ja, kuch kha lena. Fikra na kar (Go and eat something. Don’t worry).” This writer was witness to the incident when the tall man dispensed justice, underlining the irony of Indian electoral politics.

His one brother, murder accused Mukhtar, was in jail, and the other, Afzal, was part of perhaps the biggest scandal that had hit Parliament.Before the wads of cash were flashed in the august hall in July 2008, Afzal was among the six MPs who were quietly given bail by the government to cast their vote in the Lok Sabha and save the government in the no-confidence motion over the Indo-US nuclear agreement. Milan Vaishnav’s new book, When Crime Pays: Money and Muscle in Indian Politics, traces the complex bond between wealth, the criminal record of a candidate and his electoral success.

He analyses the last three general elections—2004, 2009 and 2014—and concludes that the poorest 20% candidates had 1% chance of winning the polls and the richest 20% had over 23% likelihood. Similarly, candidates with criminal cases have a three-time more chance to win the elections. The likelihood of their victory increases as their crime dossier gets thicker.The criminality feeds off money, which comes with political power. Money and muscle feed other, making politics even murkier. When YSR Reddy became the Andhra Pradesh chief minister in 2004, his son Jagan Mohan had assets worth just around `9 lakh. Within five years, his worth was over `730 million, and by 2014, stood at `4.1 billion. Mayawati’s financial wealth grew by 50 times between 2003 and 2007, her brother now facing a series of income tax cases. A WikiLeaks release of a US diplomatic cable noted that the rate to “acquire” a BSP ticket for the 2009 LS elections was around $2.5 lakh.

The book, full of such instances and data, gives details of the interlinks between the above two factors and elections, thus making a telling comment on the failings of parliamentary democracy in India.Vaishnav asks crucial questions, such as why Indian electoral politics has become a fertile ground for candidates with criminal backgrounds, why parties continue to choose such candidates, who, surprisingly, also find favour with voters.One answer is the decline of the Congress and the subsequent fragmentation of the Indian polity since the mid-1980s. For over 30 years, from 1952 to 1984, the contest for Lok Sabha elections was limited to just around 50 parties. The entry of Mandal and Kamandal suddenly opened up enormous political space and intensified competition among parties. From 38 parties in 1984 and 117 in 1989, the last general election of 2014 saw as many as 464 parties contesting. This competitive pressure has sent electoral ethics for a toss.

Second, around the same time, the country witnessed an opening up of its economy. The state found itself increasingly incapable of meeting the aspirations of its people. As private players entered to fill in the space, government institutions saw greater opportunity to extract “rents” from them. Massive cases of political-bureaucratic corruption were witnessed in an era supposedly believed to be marked by a ‘minimum government’.

Vaishnav correctly identifies two “pathologies” of India—two many bureaucratic procedures, and too few personnel—and underlines the role modernisation plays to deepen the roots of corruption. He quotes Samuel Huntington in saying that political institutions lag behind “social and economic change”, which eventually gives birth to corruption.

Yet, the bond between politicians and businessmen goes deeper into history, and touches even the revered figures of the freedom movement. Historian Rajat Kanta Ray points at one such instance in his book, Urban Roots of Indian Nationalism: Pressure Groups and Conflicts of Interests in Calcutta City Politics. After the Swaraj Party won the election to the Calcutta municipality in 1924, CR Das became the mayor and the young Subhas Chandra Bose its chief executive officer. Writing on the unscrupulous means the party adopted to generate funds, Ray points at Bose’s possible involvement in one such instance.

The founder of the Indian National Army ensured that the municipal corporation accept a tender of a private company, which, in turn, contributed a hefty amount to the Swaraj Party accounts and also bore the expenses of party members who accompanied Das to a Congress session in Allahabad. Only a utopian society can be crime-free, as some deviations always exist. However, the Indian scene drastically changed by the late 1970s, as offenders who earlier provided backdoor support to politicians now entered the electoral fray in a process Vaishnav calls “vertical integration”. Sensing greater acceptance among voters and direct benefits of political power, they became ambitious. Uttar Pradesh had 35 MLAs with a criminal record in 1984; the figure rose to 207 in 2002.

Criminality is no longer a stigma now. A criminal gets elected not due to voters’ ignorance, but because his crime dossier cements his appeal and position. When the rule of law is under stress, a criminal may offer more protection than the state apparatus. Significantly, it has coincided with a phase when the political space, at least on paper, of a candidate elected to the Lok Sabha or the state assembly has drastically reduced following the 72nd and 73rd amendments to the Constitution, which established three-tier governance at the local level. The panchayati system, which was once thought to be a harbinger of gram swarajya, has been largely co-opted by electoral politics.

In a way, as also evident by the 1924 instance of the Swaraj Party, the vicious circle begins with electoral funding. The entry of hundreds of parties led to a competition for funds, with the ruling party or the party/candidate with greater prospects in the area getting maximum traction among donors. In 1969, the Indira Gandhi government banned corporate funding to political parties. However, its objective was not to clean politics, but as Prem Shankar Jha noted, to “cut off the flow of funds to its (Congress’) rivals”. Vaishnav underlines that the move led the parties to search for “underground financing”. It was eventually legalised again by Rajiv Gandhi in 1985.

The meticulously researched work of Vaishnav comes at a time when Indian parliamentary democracy is facing its test in zones, ranging from the north-east and Kashmir to Bastar. As it documents India’s electoral past, it also offers sufficient view of the future, which is not very encouraging.