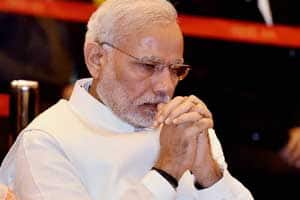 Religious minorities in India have been subjected to “violent attacks, forced conversions” and ‘Ghar Wapsi’ campaigns by groups like Rashtriya Swayamsevak Sangh (RSS) after Narendra Modi government assumed power in 2014, a US Congress-established panel has said.

In its 2015 annual report, the US Commission on International Religious Freedom asked the Obama Administration to press the Indian government to publicly rebuke officials and religious leaders who make derogatory remarks about communities and to boost religious freedom standards in India.

The panel said that despite the country’s status as a pluralistic, secular democracy, India has long struggled to protect minority religious communities or provide justice when crimes occur, which perpetuates a climate of impunity.

Incidents of religiously-motivated and communal violence reportedly have increased for three consecutive years, the panel said in its key findings.

Non-governmental organisations (NGOs) and religious leaders, including from the Muslim, Christian and Sikh communities, attributed the initial increase to religiously- divisive campaigning in advance of India’s 2014 general election.

“Since the election, religious minority communities have been subject to derogatory comments by politicians linked to the ruling Bharatiya Janata Party (BJP) and numerous violent attacks and forced conversions by Hindu nationalist groups, such as Rashtriya Swayamsevak Sangh (RSS) and Vishva Hindu Parishad (VHP),” the report said.

“In advance of the programme, the Hindu groups sought to raise money for their campaign, noting that it cost nearly 200,000 rupees per Christian and 500,000 rupees per Muslim. After both domestic and international criticism, the day was ‘postponed’ according to Mohan Bhagwat, an RSS leader,” it said.

The panel said Hindu groups also reportedly give monetary incentives to Hindus to convert Christians and Muslims to Hinduism. In early December, hundreds of Muslims reportedly were forcibly “reconverted” to Hinduism in a mass ceremony in Agra.

“Members of the RSS allegedly tricked dozens of Muslims families into attending a meeting by telling them they would be provided financial help, but instead a Hindu religious leader performed a Hindu conversion ceremony; an investigation is underway,” it said.

The USCIRF said in September 2014, the Dalit Seventh-day Adventists filed a report in Uttar Pradesh that they were forcibly converted to Hinduism and that their church was converted to a Hindu temple.

It is not known if a police investigation was conducted in the matter.

The nationalist groups also allegedly target Dalits if they are believed to be considering conversion away from Hinduism, it said.

According to the report, at an event honouring Indian Catholic saints in February, Prime Minister Narendra Modi stated publicly, for the first time, that his government “will ensure that there is complete freedom of faith and that everyone has the undeniable right to retain or adopt the religion of his or her choice without coercion or undue influence”.

This statement is notable given longstanding allegations that, as Chief Minister of Gujarat in 2002, Modi was complicit in anti-Muslim riots in that state, it said.

“Moreover, religious minority communities voice concern that high-ranking BJP members protect or provide support to these groups. In light of these concerns, Prime Minister Modi’s statement in support of religious freedom made after the close of the reporting period (discussed more fully below) was a positive development,” it said.

“Cases stemming from the 2002 Gujarat violence also continue, including a special court case pertaining to the killing of 68 people, including former Congress Party Parliamentarian Ehsan Jafri,” it said.