Whether the law will be passed in Parliament is not clear given the long disruption, so an ordinance can also be considered next month. 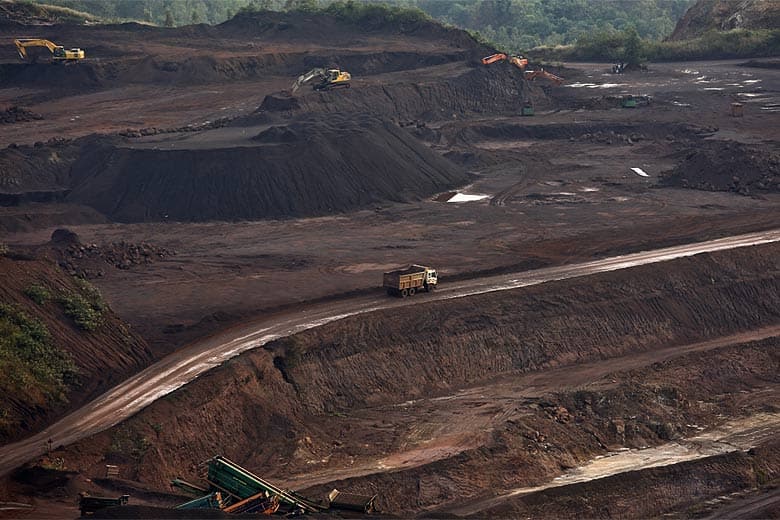 Till the SC judgment, Section 21(5), which dealt with unlawful mining, was only interpreted to mean mining outside the lease area. (Reuters)

The government is looking at the possibility of clarifying an interpretation of the Mines & Minerals (Development Regulations) or MMDR Act to undo the damage caused by what officials call a “retrospective reinterpretation” of Section 21(5), as a result of which the Supreme Court passed an adverse judgment last August. Whether the law will be passed in Parliament is not clear given the long disruption, so an ordinance can also be considered next month. The move, however, is politically dangerous since it will be seen as a means to protect large mining firms, both private and publicly owned. Immediately after the SC judgment, the Odisha government levied fines of Rs 19,260 crore on various mines; and between Odisha and Jharkhand, fines of Rs 41,000 crore have already been levied on Coal India and it is expected to go up to Rs 1,20,000 crore since the scope of Section 21(5) has been broadened largely by SC. Till the SC judgment, Section 21(5), which dealt with unlawful mining, was only interpreted to mean mining outside the lease area.

So, if a mining firm violated environment or forest laws within the mining lease, this was to be dealt with under the environment or forest laws — if these laws were violated while mining outside the lease area, large fines could be imposed. Last year, in January, however, the mines ministry had a rethink and filed an affidavit in SC saying Section 21(5) applied to all violations “be it forest clearances or environment clearances or any other such legal requirements” and that this would also apply to mining “carried out within the lease area”. With this now applying to all existing and previous violations, it had the impact of a retrospective amendment. Since a clutch of state-run and private miners have already paid over Rs 11,000 crore as fines to the Odisha and Jharkhand governments, unless these monies are refunded (which the states need to agree to), the planned amendment could stumble upon the principle of non-discrimination, one of the basic tenets of law.

“It is a sticking point,” a senior official said, when asked whether the option of addressing the retrospective widening of Section 21 (5) ambit and its aftermath via a retrospective amendment won’t necessitate repaying the firms, which have paid the penalties. The law ministry and the attorney general were being consulted for their views. “We are in the process of assessing the damage to the economy and employment,” an official said. One problem, officials said, was that environment clearances are usually delayed. In the past, miners would continue to mine, knowing that the clearance would come. But under the new interpretation of the law, if the clearance does not come, mining has to be halted immediately — if it is not, fines equal to the value of the production will be levied.

As many as 31 petitions have been filed in the SC seeking “clarification” on the matter, of these, 21 have already been dismissed as “without merit”, sources said. Also, five review petitions in this connection too have been dismissed. While non-coal companies — mainly iron ore and manganese — that have received notices aggregating some Rs 21,000 crore for alleged Section 21(5) violations, have already paid nearly half that, coal companies haven’t obliged yet and are taking “proper legal recourse”. Coal secretary Susheel Kumar said, “It is only after the SC verdict that we have realised that the scope of 21(5) has enlarged. We have requested the mines ministry (which deals with the MMDR Act) to explore a solution.”